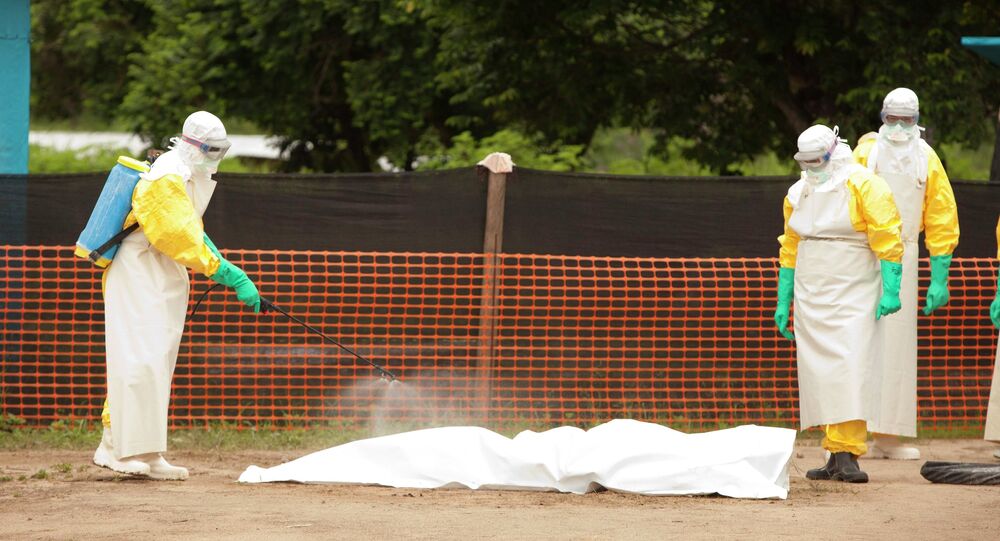 US Unable to Control Ebola Outbreak Despite Financial Aid: Congressman

WASHINGTON, November 14 (Sputnik) – US financial support to Ebola-affected countries will not be sufficient to control Ebola outbreak in West Africa, US congressmen Eliot Engel has said.

"Unfortunately, the significant financial commitments we [the United States] have already made will not be enough to control this outbreak," Engel said in his opening statement during Ebola hearing in US Congress on Thursday.

Engel underlined that "all it takes is one unmonitored and untreated Ebola patient to cause another flare-up."

Last Wednesday, the Obama Administration sent US Congress a $6.2 billion emergency funding request to fight Ebola. Newly elected US Senate majority leader Mitch McConnell stated that it will be one of the priority issues to be settled before the end of the session.

Up to date the United States has allocated over $414 million to fight the Ebola virus outbreak in West Africa. More than 2,200 US troops are currently participating in Operation United Assistance aimed at containing the spread of the Ebola virus.

According to the most recent estimates of the World Health Organization, at least 5,160 people have died from Ebola, while the overall number of Ebola transmission cases has passed 14,000.