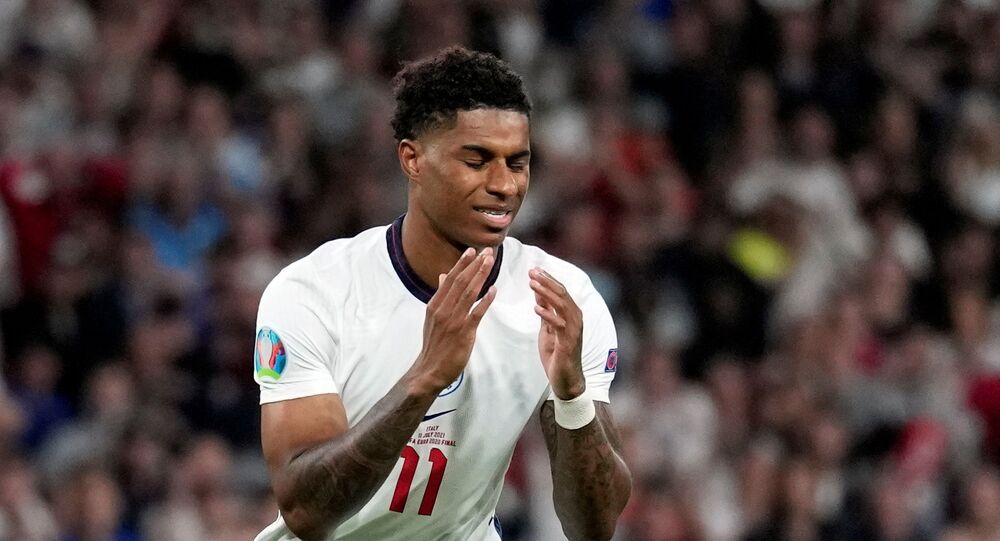 Twitter In Talks With UK PM Johnson on Blocking Racism, Other Abuse

A mural of Marcus Rashford in his native Manchester, where he plays for local side Manchester United, was defaced with graffiti reading "b******d" and "s***e" — prompting a protest organised by the Stand up to Racism campaign.

"There is always more to do and we are committed to working together with the government, industry partners and civil society in building a safer Internet for all", a Twitter spokesperson said on Tuesday.

Johnson earlier joined calls for social media sites to censor user posts more diligently in the wake of the incident.

Players Marcus Rashford, Jordan Sancho and Bukayo Saka were targeted by a small number of Twitter users after all three failed to score in the the penalty shoot-out that handed victory to Italy on Sunday night in the UEFA Euro 2020 Final.

© AP Photo / Jon Super
'I Will Never Apologise for Who I Am': England Striker Marcus Rashford Hits Back After Racist Abuse
A mural of Rashford in his native Manchester, where he plays for local side Manchester United, was defaced with graffiti reading "b******d" and "s***e" — prompting a protest organised by the Stand up to Racism campaign.

Ruling Conservative Party MP for Dover Natalie Elphicke also came under fire after a message she sent to a WhatsApp group criticising Rashford's campaigning for free meals for poor children was made public.

"They lost - would it be ungenerous to suggest Rashford should have spent more time perfecting his game and less time playing politics," Elphicke wrote.