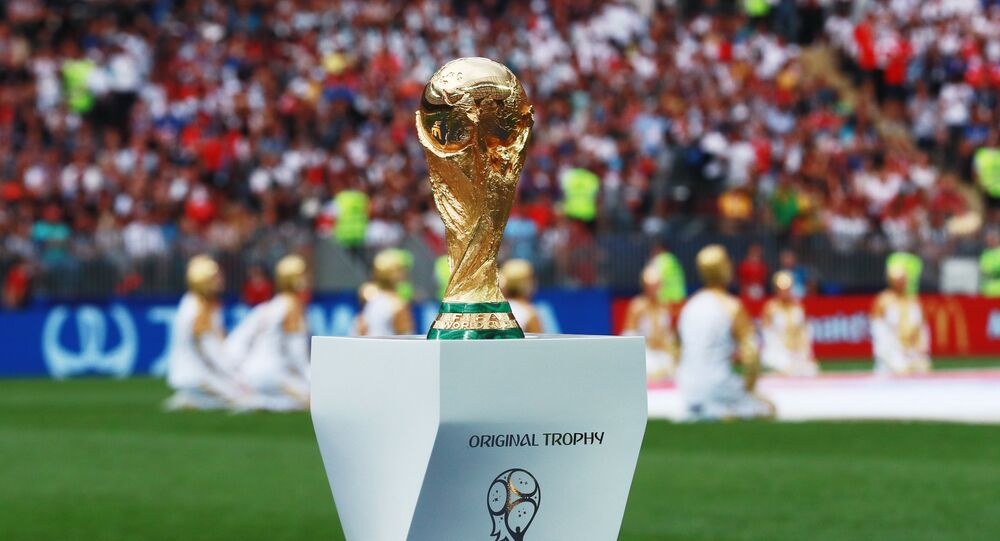 The winner of the England-Denmark duel will take on Italy in the final match. However, it seems that London wants to not only win another football trophy, but also secure its chances of hosting another major event.

England has launched a bid to host the 2030 World Cup, as the English team is preparing for its semi-final match against Denmark. According to the Daily Mail, Prime Minister Boris Johnson lobbied for a joint British and Irish bid during his meeting with President of UEFA Aleksander Ceferin.

While London is facing trouble with its bid due to the coronavirus restrictions, it also has to outperform China and the joint effort of Spain and Portugal.

To show its resolve, the UK previously allowed 2,500 VIPs, including football officials and Danish royals, to visit the country without going into quarantine so they could see the Euro 2020 matches in person.

In the meantime, the PM also cheered on the Three Lions ahead of their match with Denmark.

"Gareth Southgate and the England squad have done the nation proud in the Euros, and tonight we will all be wishing them the best of luck in getting to the final. Bring it home!" Johnson told the players, encouraging them ahead of the big game.

Prince William, who is the president of the Football Association, will be also supporting the team, joining 60,000 fans inside Wembley Stadium to watch the game.