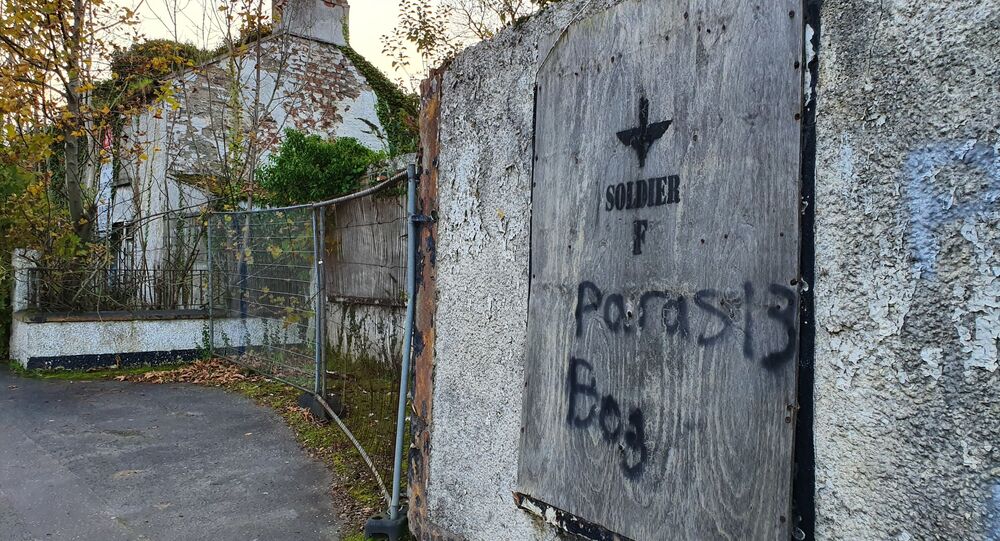 On 30 January 1972 the British Army’s Parachute Regiment shot dead 13 unarmed Catholic civil rights marchers in Londonderry. The incident, known as Bloody Sunday, became a recruitment tool for the Provisional IRA who were determined to kick British troops out of Ulster.

Two retired British Army soldiers have been told they will not face trial for murder over incidents during The Troubles in Northern Ireland.

More than 3,600 people suffered violent deaths during The Troubles - 30 years of sectarian strife in Northern Ireland, which was ended by the Good Friday Agreement.

​Soldier F - believed to be a former member of the Parachute Regiment - was awaiting trial over the deaths of James Wray and William McKinney on Bloody Sunday in Londonderry.

Soldier B was facing a murder trial in relation to Daniel Hegarty, 15, who was shot in the head in Derry in July 1972.

© AP Photo
In this Feb. 2, 1972, file photo Pallbearers carry one of 13 coffins of Bloody Sunday victims to a graveside during a funeral in Derry, Northern Ireland, following requiem mass at nearby St. Mary's church at Creggan Hill.

The Public Prosecution Service reviewed both cases after another trial collapsed earlier this year.

In that case Soldiers A and C were acquitted of murdering IRA member Joe McCann after a court ruled statements they made were inadmissible.

​The PPS announced on Friday, 2 July, that in view of that ruling and the similarity of the evidence against Soldiers F and B "there was no longer a reasonable prospect of key evidence in proceedings against Soldier F and Soldier B being ruled admissible."

The decision was greeted with anger by families of the Bloody Sunday victims, who said they would seek a judicial review.

John Kelly, whose brother Michael died on Bloody Sunday, said: "It's a day of devastation but we're not going to give up. The fight for justice goes on."

​Soldier F had been the only person charged in relation to Bloody Sunday. The PPS had already decided there was insufficient evidence to charge 16 other former soldiers.

The British government announced in May it would introduce legislation to give greater protection to former soldiers who had served in Northern Ireland.

That followed the resignation of defence minister Johnny Mercer, who quit in disgust at the treatment of British Army veterans who had served in Northern Ireland.