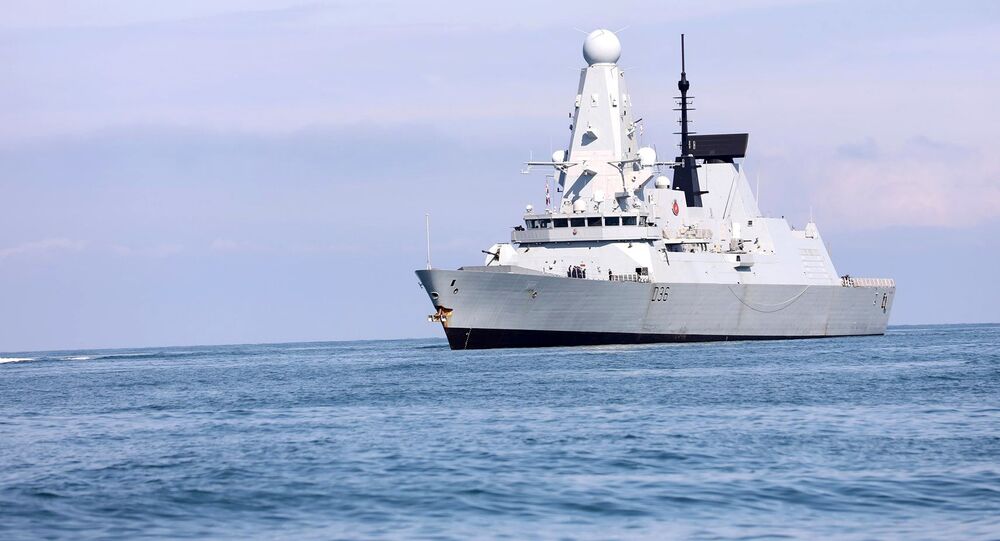 Last week, the BBC reported that the classified documents left at a bus stop contained details about the 23 June HMS Defender incident near Crimea, as well as other sensitive military information.

UK Minister for Defence Procurement Jeremy Quin has expressed deep regret over an incident with a bundle of sensitive government documents found by a member of the public at a bus stop in Kent and then handed over to the BBC. The papers reportedly contain information about a British destroyer violating Russian territorial waters, among other things.

"I don't want to prejudge the investigation but it appears it was a mistake made by an individual. I'm very sorry this incident has happened and the investigation will be thorough", Quin said in a statement to the House of Commons on Monday.

He added that with the probe being conducted, "the individual's access to sensitive material has been suspended".

When asked by Labour Shadow Defence Secretary John Healey if espionage had been ruled out as an option, Quin said "this is a matter for the investigation" and that "[…] the individual did self-report when he became aware that the documents had been mislaid".

"The documents lost included a paper that was secret – UK eyes only", the minister told the Commons, adding that British authorities "have certainly informed the United States" about the incident.

While Julian Lewis, chair of the Intelligence and Security Committee, accused the BBC of failing to hand over the documents to the police "straight away", Quin praised the news network's actions.

"I have to say that although I would have preferred the BBC to have handed them over immediately and not made reference to them, they have a job to do, and I also recognise that they have behaved responsibly and they have handed the documents back into the department", the minister underscored.

He spoke after the UK Defence Ministry did not explicitly confirm the authenticity of the documents cited by the BBC, which reportedly contained an analysis of the potential consequences of HMS Defender's recent passage through Russian territorial waters off Crimea. The 23 June incident included a Russian warship and a Su-24M jet firing warning shots near the British vessel, which proceeded to ignore orders by Russian border guards to leave the area immediately.

While the UK Ministry of Defence rejects Russia's account of the affair, saying it was a peaceful passage and no warning shots were fired, the BBC published a video of the destroyer entering the Black Sea that is at odds with the official statements made by London. Moscow, for its part, accused London of violating the Russian border.

The news outlet additionally claimed the documents showed that an alternative route was considered, stipulating that HMS Defender sail away from "contested waters".

"This would have avoided confrontation, […] but ran the risk of being portrayed by Russia as evidence of 'the UK being scared/running away', allowing Russia to claim that the UK had belatedly accepted Moscow's claim to Crimean territorial waters", the BBC reported, referring to the documents.

The papers found at a Kent bus stop also purportedly included information regarding the UK's operations in Afghanistan amid the US military's withdrawal from the country and London's thoughts on President Joe Biden and his administration.