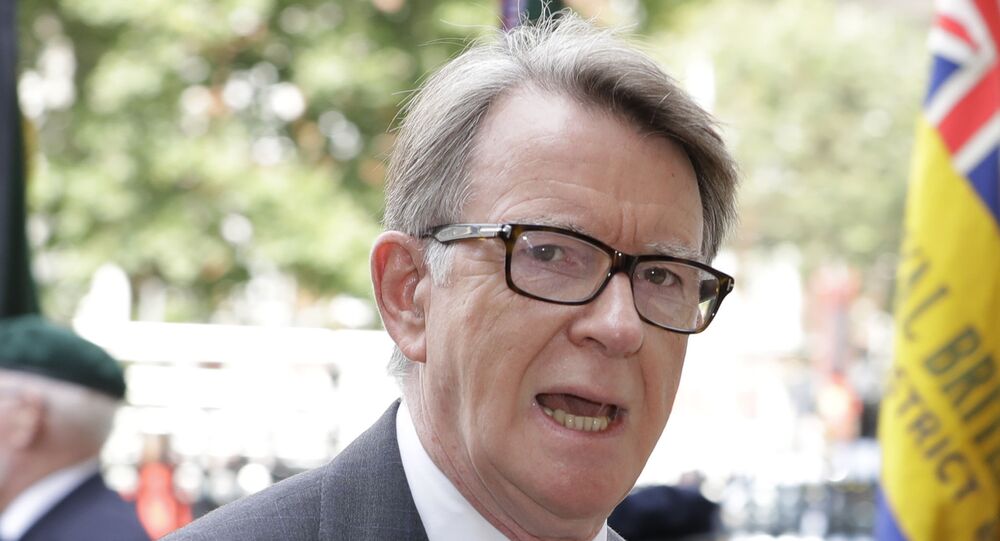 Baroness Jenny Chapman was announced as the latest big-name departure from Starmer's communications team on Tuesday, after director Ben Nunn and deputy director Paul Ovenden announced they were quitting last week. Chapman, reportedly unpopular among Labour MPs for a series of errors, will be kicked upstairs to serve as shadow Brexit secretary in the House of Lords opposite the Tories' Lord David Frost.

"People should be prepared for a factional onslaught, they’ll shift gears after Batley", the source said, referring to the 1 July by-election in the West Yorkshire seat of Batley and Spen.

Last year, Labour First and Progress, another right-wing faction within the party, united under the "Labour to Win" banner. In May this year, Progress re-launched itself as "Progressive Britain" in a merger with the Policy Network think-tank headed by former Prime Minister Tony Blair's right-hand man Peter Mandelson.

Starmer was a guest speaker at the new group's first conference, where Mandelson remarked that "the party might progress if we heard a little less from Jeremy Corbyn and John McDonnell" — Starmer's left-wing predecessor and his shadow Chancellor of the Exchequer.

© REUTERS / TOBY MELVILLE
Labour Panic Over Yorkshire By-Election Prompts Islamophobia Row
The Batley and Spen by-election is widely seen as a make-or-break test of Starmer's leadership, following the disastrous 6 May loss of Hartlepool — Mandelson's old seat — to the Tories after more than 50 years and last week's dismal performance in Chesham and Amersham, where the party's candidate garnered just 622 votes.

Bastani speculated that the aim of the Labour right was to change the rules on electing party leaders to prevent another left-wing outsider like Corbyn from winning in the future.

​The left-wing journalist also seized upon leaks to the media from Labour HQ that Corbyn would remain suspended from the Parliamentary Labour Party indefinitely, despite being reinstated as a party member by the NEC last November. That would likely end the MP's 38-year career as Labour MP for Islington North at the next general election, as his local party would be forced to select another candidate.

​On Saturday, Bastani tweeted similar comments from a Labour source, saying centrist Starmer was being manipulated as a "puppet" of the party right to purge more left-wingers from the party.

The Latest YouGov and Savanta ComRes polls put Prime Minister Boris Johnson's Conservatives 14 points ahead of Labour — a far cry from pro-EU LBC radio host James O'Brien's 2018 prediction that any other leader than Corbyn would be "20 points ahead in the polls".