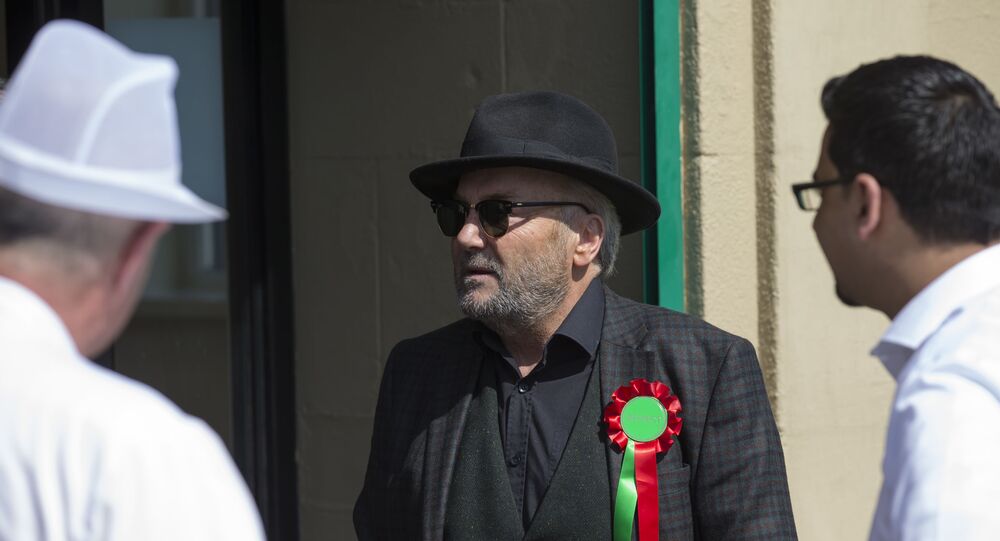 Galloway is standing on a ticket of ousting Labour Party leader Sir Keir Starmer, who is already reeling from the shock loss of the formerly rock-solid north-eastern seat of Hartlepool on May 6 and balloting a mere 622 votes in Chesham and Amersham on Thursday.

A new poll has undermined claims that veteran left-winger George Galloway is letting the Tories in by splitting the Labour vote in a West Yorkshire by-election.

The Survation poll indicates that Labour and the Liberal Democrats have slipped by just two per cent on the 2019 general election result in the Batley and Spen constituency near Leeds, which will elect a new MP on July 1.

The Conservatives and the newly-formed Workers’ Party of Great Britain — an alliance between MP-turned-broadcaster Galloway and the Communist Party of Great Britain (Marxist-Leninist) — have mainly benefited from the decision by both local independent candidate Paul Halloran and the Brexit Party not to contest the seat.

Galloway is standing on a ticket of forcing centrist Labour Party leader Sir Keir Starmer to quit — or be ousted. Starmer is already reeling from the shock loss of the formerly rock-solid north-eastern seat of Hartlepool to the Tories in the May 6 by-election, and his party's candidate Natasa Pantelic gaining just 622 votes in Thursday's by-election in Chesham and Amersham, Buckinghamshire — fewer votes than Labour reportedly has members in the area.

Left-wing Guardian columnist Owen Jones said on Saturday that Starmer would have to resign if he lost Batley and Spen.

​Former Guardian and Channel Four News journalist Paul Mason, another left-winger and a strident opponent of Brexit in contrast to the Euro-sceptic Galloway, repeated the claim that the former Labour and Respect party MP was helping the Conservatives stake the seat from Labour. The Kirklees municipality where the seat is located voted by 55 per cent to 45 to leave the European Union in 2016.

One Labour activist urged Liberal Democrat supporters to vote tactically for Leadbetter — as some believe Labour voters did for the Lib Dems in Chesham and Amersham.

© REUTERS / Mike Segar
Keir Starmer Borrows Hillary Clinton Election Slogan for Labour Rebrand in 'Spirit of Togetherness'
​Meanwhile Labour was desperately scrambling to claw back the Muslim vote from Galloway, attempting to claim they were stauncher supporters of the Palestinian National Authority than the veteran anti-war campaigner.

Labour candidate Kim Leadbeater, the sister of murdered constituency MP Jo Cox who has been a member of the party for barely a month, claimed she would "use my voice in Parliament to speak out against the injustice of the Israeli occupation" in a letter hand-delivered by activists in Batley's predominately-Muslim Mount Pleasant district

And Galloway alleged that shadow international development minister Yasmin Qureshi, the MP for Bolton South East on the other side of the Pennine hills, was heard shouting abuse against him outside a mosque in Mount Pleasant on Friday.

But Galloway has received the support of famed young Palestinian woman Ahed Tamimi, who was jailed for a year in 2017 at the age of 16 for slapping an Israeli soldier in her home village moments after her 15-year-old brother had been shot in the head during a protest.

Galloway served as Labour MP for Glasgow Kelvin from 1987 to 2005. He was expelled from Labour in 2003 for 'bringing the party into disrepute' after urging British soldiers to refuse to take part in the US-led invasion of Iraq. Galloway later won election to Parliament for the Respect party in Bethnal Green and Bow in London's East End in 2005 and Bradford West in 2012 — both constituencies with large Muslim populations.