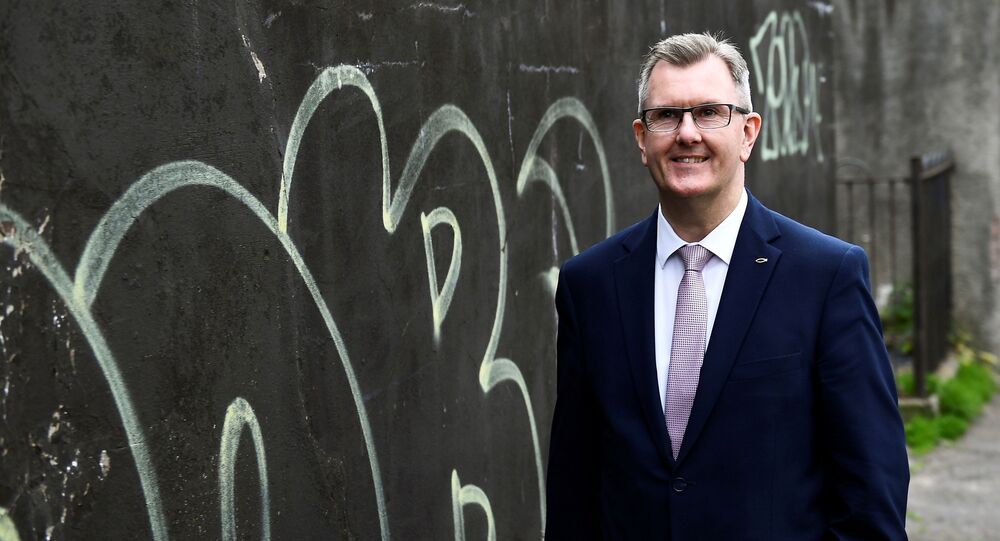 Musical Chairs: Jeffrey Donaldson Named As Third Leader of The DUP In 25 Days

Arlene Foster led the Democratic Unionist Party for six years and was at the head of the party when it played a crucial role in propping up Theresa May’s Conservative government. But her departure has led to a period of turmoil in the DUP.

Northern Ireland’s Democratic Unionist Party has named Jeffrey Donaldson as its third leader in the space of 25 days.

Donaldson, 58, was the only person to register his candidacy and therefore won the leadership race without the need for an election.

He replaces Edwin Poots, who stepped down last week after being ousted after he proposed Paul Givan as First Minister after agreeing a deal with Sinn Fein over a controversial Irish language bill.

New DUP leader, Jeffrey Donaldson wants concessions on the NIP before he nominates a FM within 7 days, otherwise there will be a snap election. It could be interesting with DUP in meltdown and Sinn Fein ‘s popularity rising.

​DUP chairman Maurice Morrow confirmed in a statement Donaldson "will be the next leader."

Arlene Foster resigned as leader of the DUP in April after months of criticism of her handling of the post-Brexit situation.

She stepped down on 14 June and Poots tried to resist caving in to Sinn Fein and the British government on the issue of Irish language protection legislation.

He is not a moderate or a progressive.

​Donaldson is the DUP's leader in the House of Commons and MP for the Lagan Valley but he has indicated in the past that he might step down from that role in order to become First Minister.

Donaldson - who had two cousins killed by the IRA during The Troubles - has been derided by loyalist Jamie Bryson as “a standard bearer for roll-over Unionism.”

But when he threw his hat into the ring this week Donaldson said: "It is with optimism for the future and recognition of the challenges facing Northern Ireland that today, I put my name forward for the leadership of the Democratic Unionist Party."

“I believe that if I am elected leader, I can... put the Democratic Unionist Party on the path to victory at next year's election," Donaldson added.

Donaldson’s job will be to rebuild the DUP’s credibility ahead of Northern Ireland Assembly elections in May 2022.

In 2019 Jeffrey Donaldson said he could live with 40,000 jobs lost as a result of Brexit

In 2021 he’s ready to ‘Smash Stormont’ because the Protocol prevented those 40,000 jobs from being lost

​The DUP will be defending 28 seats and currently has one more than Sinn Fein - the former political wing of the Provisional IRA.

The DUP and Sinn Fein have shared power since the Assembly was formed in 1998, as part of the Good Friday Agreement.

But the DUP has always held the upper hand.