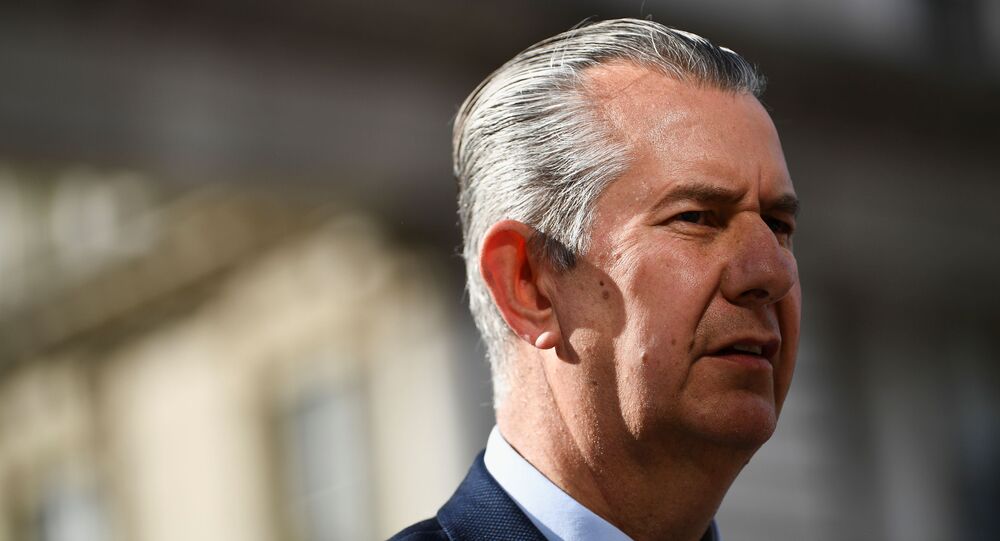 Political turbulence comes amid growing dissatisfaction among Unionists in Northern Ireland following Brexit as, under the terms of the withdrawal agreement, a customs border has been established between the nation and the rest of the UK.

The leader of the Democratic Unionist Party (DUP) of Northern Ireland, Edwin Poots, announced on Thursday that he would step down, shortly after being elected to the post in May.

Poots noted that he had asked the party chairman to commence an electoral process within the party to allow for a new DUP head to be elected. According to the statement, he would remain at the post until a successor is elected.

“This has been a difficult period for the party and the country and I have conveyed to the chairman my determination to do everything I can to ensure both Unionism and Northern Ireland is able to move forward to a stronger place,” he said in a statement.

The resignation comes at the midst of political turmoil in the DUP over the appointment of Paul Givan as the first minister of Northern Ireland, a move actively supported by Poots. The latter was said to gain criticism from his party for allowing major concessions to DUP's main opponents, the Northern Ireland National Republican party, Sinn Fein, who seek more independence from London, so that nationalists support Givan’s candidacy.

According to Ulster Unionist Party leader and member of the Legislative Assembly, Doug Beattie, “unionism deserves better” and “needs modern, confident, progressive leadership and a roadmap for recovery and renewal,” because it “has been fed a diet of fear and negativity” for too long, he said.

The main cause for the recently-increased tensions in Northern Ireland is reportedly new Irish language legislation pushed by Sinn Fein, involving a special status for the native tongue, by analogy with legislation for Welsh speakers in Wales.

The issue of language rights regained attention after former First Minister Arlene Foster resigned after being removed from the post of DUP leader. The deputy first minister, who, according to Northern Ireland law, should be from Sinn Fein, also stepped down. As Givan could not begin his duties without a deputy, nationalists seized the moment to delay the appointment of their candidate and issue an ultimatum demanding the adoption of Irish language protection legislation.

The British government intervened in the dispute earlier on Thursday, suggesting that the law be introduced in Belfast by September, otherwise, the bill would be introduced through national legislation.

So far, Givan is currently is expected to be sworn into office as the new first minister, with Sinn Fein’s Michelle O’Neill as deputy first minister.

The DUP has lost the support of many voters while facing controversy over the consequences of Brexit. The UK’s departure from the EU has reportedly caused difficulties with goods supplies into Northern Ireland from other parts of the commonwealth, partially due to the new customs barrier.

In early April, protestors said to have been stirred by unionists crossed Ulster, worried about a possible rise in republican sentiments. Demonstrations took place in a number of cities in Northern Ireland and later escalated into riots and violence with police.

Arlene Foster, who has led the DUP since 2015 and Northern Ireland’s government since 2020, was forced to resign amid pressure from fellow party members who accused her of failing to ease escalated tensions in Ulster.