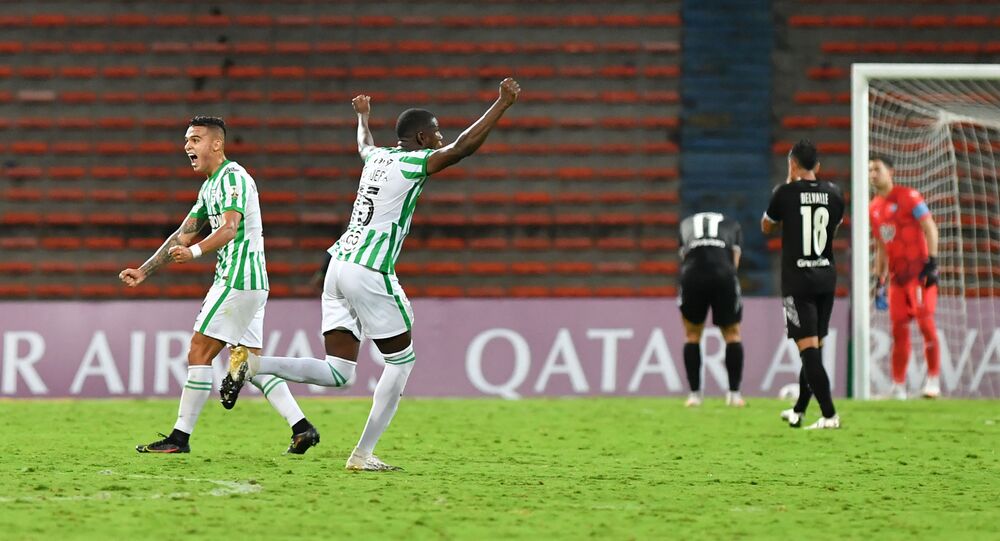 English Premier League club Wolverhampton Wanderers are close to completing the purchase of Yerson Mosquera for £4.5 million. So what’s so special about the signing of a 20-year-old Colombian defender?

Yerson Mosquera’s transfer from Atletico Nacional of Colombia to Wolves is significant not so much because of the player but for what he represents.

From 1 January 2021 the transfer market in the United Kingdom changed as a result of the deal which took Britain out of the European Union.

Citizens of the EU now need a work visa to gain legal employment in Britain, and that includes professional footballers.

For Wolves fans
Yerson Mosquera is a very promising centre back, strong and quick. But very raw.
Got found out a bit in the Libertadores, lost some confidence and was dropped.
Part of the curve. Lots to learn, but undoubted potential

​Dan Ashworth, the director of football of Premier League team Brighton, said recently they would not have been allowed to sign Yves Bissouma - a Mali international midfielder - under the new rules.

Bissouma, 24, was signed from Lille in 2018, has been getting rave reviews in the Premier League and has attracted the interest of Manchester United and Liverpool.

Two other players who will play in next season’s Premier League but would not have been able to have been bought under the new rules are Finland’s Teemu Pukki, who was signed by Norwich City from Brøndby in Denmark, and Brentford striker Bryan Mbeumo, who was signed from a French second division club and was not an international.

#Wolves are close to their first signing under Bruno Lage with Atlético Nacional centre-half Yerson Mosquera, 20, set to join for around £4.5m. Interest from United, City & Club Brugge but deal with Wolves agreed. Not expected to be an immediate starter but will be around squad

​But while the rules make it harder to sign players from EU countries, they do make it easier to buy footballers from other parts of the world.

That is why Wolves will be able to sign Yerson Mosquera, a 20-year-old centre back who is not even a full international with Colombia.

Mosquera plays for Atletico Nacional, a club who compete in South America’s Copa Libertadores and Colombia’s Categoría Primera A division, which is a Band 4 league.

UEFA categorises different country’s leagues into different bands considering how good they are assessed to be.

Below that, Band 2, includes the top divisions in Belgium, Portugal, the Netherlands and Turkey, while Band 3 is the Russian Premier League and the top division in Brazil and Argentina.

Band 4 includes Major League Soccer in the United States and the top divisions in Greece, Ukraine, Croatia and the Czech Republic.

Yerson Mosquera set to be Wolves' first signing of the Bruno Lage era. Recruitment staff believed to see him as a significant coup and are excited over how much potential he has. Club taken advantage of new rules to come in post-Brexit. #wwfc https://t.co/ibso2FHdEm

​Finally Band 5 covers the Chinese Super League and most of the other European leagues.

The hiring of foreign managers will also be affected.

As The Guardian reported in December: “The qualifying criteria for managers are simpler than those for players: 24 months consecutively or 36 months over the past five years working in any competition from band 1 to band 5.”

Managers also need a Uefa Pro licence and must prove their English is good enough to “describe experiences and events, dreams, hopes and ambitions and briefly give reasons and explanations for opinions and plans.

Leeds United’s Argentinian manager Marcelo Bielsa - who uses a translator to do media interviews - would almost certainly not meet the new criteria.