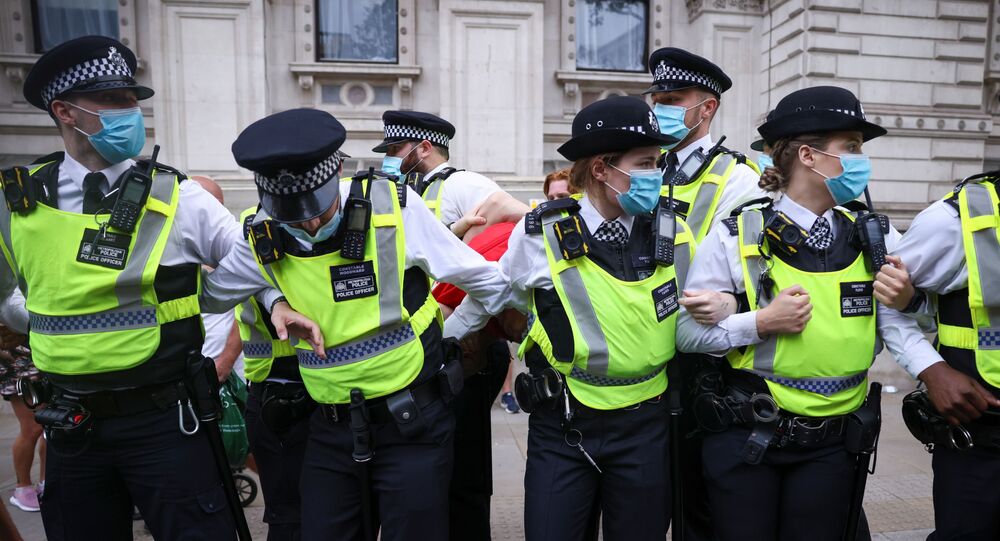 A 57-year-old man was interviewed by the police under caution on Tuesday afternoon, following an incident in Westminster involving BBC journalist Nick Watt.

The Metropolitan Police have charged Martin Hockridge with offence, namely using threatening, abusive or insulting words or behaviour towards another person with the intention to cause them harassment, alarm or distress.

The Police have also identified another man connected to the incident and are actively looking for him.

On Monday, angry demonstrators screaming “traitor, traitor!” at the political editor of the BBC's Newsnight, Nick Watt, chased him down the street in Westminster.

Some members of the crowd, gathered in London to protest the extension of Covid-19 restrictions, claimed that Watt was lying about lockdowns being legal.

BBC journalist Nick Watt has been surrounded by a hostile crowd following a large anti-lockdown demonstration in London. Mr Watt was chased down the street in Westminster after being confronted by an angry mob hurling abuse and screaming "traitor, traitor!" pic.twitter.com/j03VWa2upF

UPDATE: A man in his 50s is being interviewed by Met detectives at a Herts police station in connection with an incident where a journalist was aggressively confronted and chased in Whitehall yesterday afternoon. A second man has been identified and is being actively sought. 1/3

​Hockridge will appear at Westminster Magistrates’ Court on 29 June. The police confirmed that enquiries are ongoing to find other protesters who were involved in chasing Watt and acting in a hostile manner towards the journalist.

In response to the incident, the UK Prime Minister Boris Johnson has said that Watt was just doing his job.

"Disgraceful to see the hounding of Nick Watt doing his job. The media must be able to report the facts without fear or favour – they are the lifeblood of our democracy," Johnson said.