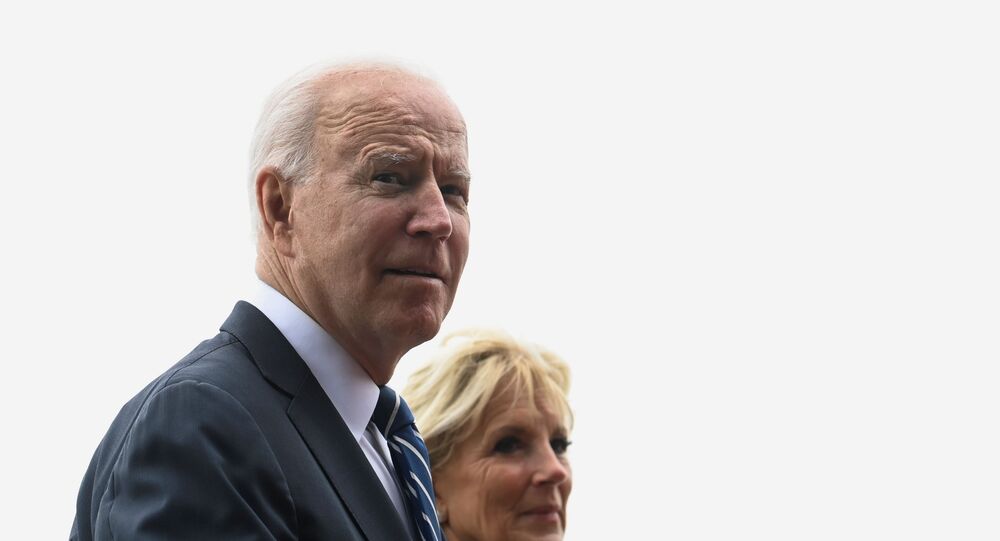 Biden's predecessors – Donald Trump and Barack Obama – too violated rules when meeting members of the Royal Family. The Republican and his wife Melania shook hands with Queen Elizabeth II and her late husband Prince Philip instead of curtsying and bowing, while the Democrat made a speech over the UK's national anthem.

US President Joe Biden violated royal protocol while attending a G7 dinner reception in the United Kingdom, the Daily Mail has reported, citing Debrett's, a leading authority on royal etiquette. According to the newspaper, the protocol states that all guests must arrive at the venue before royals and no guest should leave an event before members of the "Firm" (nickname for senior members of the Royal Family and their staff).

The Democrat and his wife Jill arrived five minutes after the Queen got there with Prince Charles and the Duke and the Duchess of Cambridge. However, it appears that the faux pas by the US president didn't affect the meeting as the monarch seemed happy when she greeted Joe Biden and First Lady Jill.

Queen Elizabeth II speaks to US President Joe Biden and his wife Jill as she attends a reception at the Eden Project with Prime Minister Boris Johnson and #G7 leaders, during the G7 summit in Cornwall. #G7Cornwall 📸 Jack Hill pic.twitter.com/znVT4pTF4q

​Reports say the presence of the Royal Family was crucial as British Prime Minister Boris Johnson is attempting to sign a post-Brexit free trade deal with the United States.

Biden became the 13th sitting US president to meet with Queen Elizabeth II during her 69-year reign. The monarch has met every US president since Dwight Eisenhower, except for Lyndon B Johnson, who did not visit the United Kingdom during his time in office.

While posing for a group photo with other G7 leaders, Queen Elizabeth cracked a joke. "Are you supposed to be looking as if you're enjoying yourself", the monarch said making leaders chuckle.

‘Are you supposed to look as if you are enjoying yourselves?’ - the Queen makes the leaders laugh tonight, taking centre stage pic.twitter.com/5KvwzKh6g0

​This was the first time the Queen, 95, has met foreign leaders since the beginning of the pandemic and the first major official engagement since the death of her husband Prince Philip.