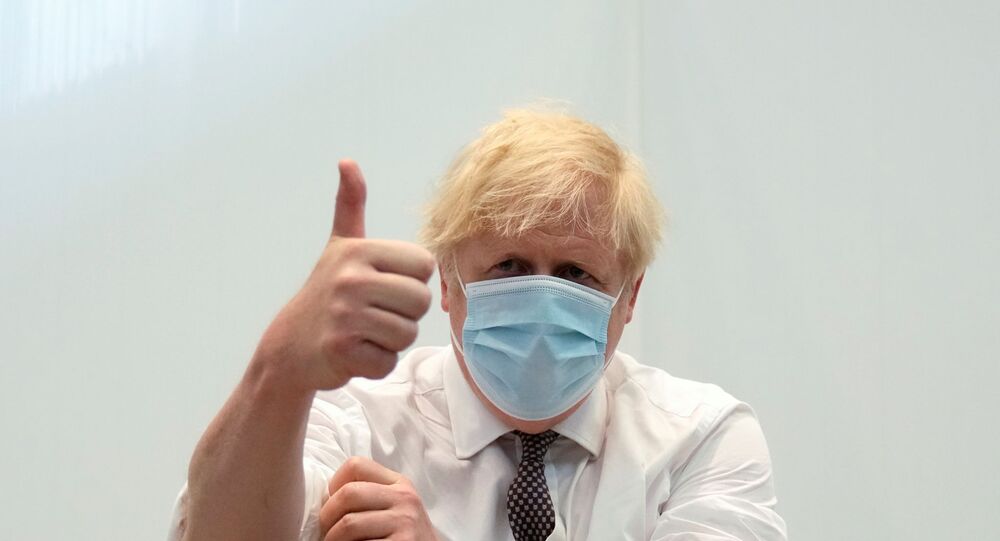 20 Points Ahead Yet? Tory Lead Over Labour Grows in Wake of Cummings Claims

The result was a far cry from anti-Brexit LBC Radio host James O'Brien's now-infamous comment that anyone other than previous Labour leader Jeremy Corbyn would be "20 points ahead" of PM Boris Johnson's Tories in the polls.

The UK's Tory government has widened its poll lead over Labour to 16 points — despite claims by a former Number 10 advisor of woeful handling of COVID-19.

The YouGov poll, taken on Wednesday and Thursday this week and published on Friday, put Prime Minister Boris Johnson's Conservatives on 46 points, with Sir Keir Starmer's Labour trailing on 30 points.

That was despite former Downing Street advisor Dominic Cummings' testimony to a Parliamentary Committee last week, in which he claimed Johnson's handling of the coronavirus pandemic proved he was unfit to lead the country — and alleged Health Secretary Matt Hancock lied about testing elderly hospital patients before they were discharged to nursing homes.

Based on those figures, the Electoral Calculus website predicts the Tories would increase their majority from 80 at the December 2019 general election to a massive 120.

© CC0
Keir Starmer Warns PM Johnson UK Gov’t Risks 'Losing Billions’ by Rejecting Biden’s Global Tax Plan
The Greens have also overtaken the Liberal Democrats, who are now polling half the share of the vote they won in 2019 — which could see their crop of MPs slip back into single figures.

The result was a far cry from anti-Brexit LBC Radio host James O'Brien's now-infamous comment that anyone other than previous Labour leader Jeremy Corbyn would be "20 points ahead" of Johnson's Tories in the polls — an irony that is never lost on Twitter users.

​Another poll conducted earlier this week found that half of Labour voters wanted Starmer to go as Labour leader before the next general election, compared to just one-in-six who thought he should stay — although almost half of voters have no idea who should replace him.

Rules That Don't Apply: Catholics Asking Why Twice-Divorced Johnson Got Married in a Church