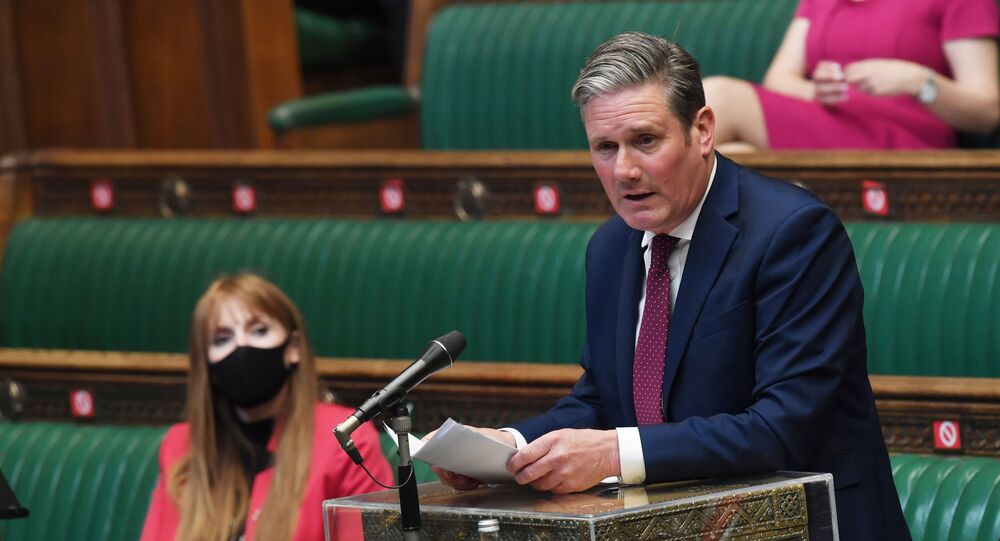 The Next Leader of the Labour Party? ‘Don’t Know’ Tops the Polls

Labour's deputy leader Angela Rayner, who Starmer gave three shadow cabinet posts as compensation for sacking her as party chairwoman over the disastrous May 6 elections, did not even merit a mention in the hypothetical leadership race.

Do you know who'll replace Sir Keir Starmer as Labour leader? Neither do the party's supporters.

Pollsters Redfield and Wilton Strategies found that 49 per cent of those who voted Labour at the 2019 general election wanted Starmer to go before the next election, compared to just 15 per cent who thought he should be given a chance to go to the polls against Conservative Prime Minister Boris Johnson.

But when asked who they thought should replace the embattled leader, by far the most common answer was "don't know" — with 47 per cent of all voters saying so.

Greater Manchester Mayor Andy Burnham — who cannot currently stand for leader as he is no longer a member of Parliament — was a distant second on 22 points. Burnham, who finished a distant second to previous Labour leader Jeremy Corbyn in the 2015 leadership election, was a vocal critic of Johnson's tiered regional COVID-19 lockdown system, which he claimed needlessly harmed the city's nightlife.

​Third place went to Birmingham Yardley MP and shadow domestic violence minister Jess Phillips, who once said of Corbyn that she wanted to "stab him in the front".

© REUTERS / POOL
Tories Still 10 Points Ahead of Labour After Cummings COVID-19 Testimony
Phillips was in the news in March following the murder of Sarah Everard, calling for misogyny to be outlawed as a "hate crime" to allow the prosecution of YouTuber 'Sargon of Akkad' for insulting her during the 2019 election — after she mocked calls in Parliament for a annual men's day to highlight the high rate of male suicide.

In fourth place was Tottenham MP and shadow justice secretary David Lammy, a lawyer educated at the US Ivy-League Harvard university. Like Phillips and Starmer, Lammy is a strident opponent of the UK's 2016 vote to leave the European Union (EU) — the issue that lost Labour the 2019 election by a landslide to Johnson's Tories.

Also-rans include Lisa Nandy and Rebecca Long-Bailey, who Starmer beat for the party leadership in 2020. The leader later sacked Long-Bailey from the shadow cabinet for re-tweeting claims that Israeli agents trained US police in the neck restraint techniques blamed for George Floyd's death.

Shadow international trade secretary Emily Thornberry, another strident Remainer who once appeared at a pro-EU rally dressed as the bloc's flag, had only four per cent support.

Labour's deputy leader Angela Rayner, who Starmer gave three shadow cabinet posts as compensation for sacking her as party chairwoman over the disastrous May 6 elections, did not even merit a mention in the hypothetical leadership race.