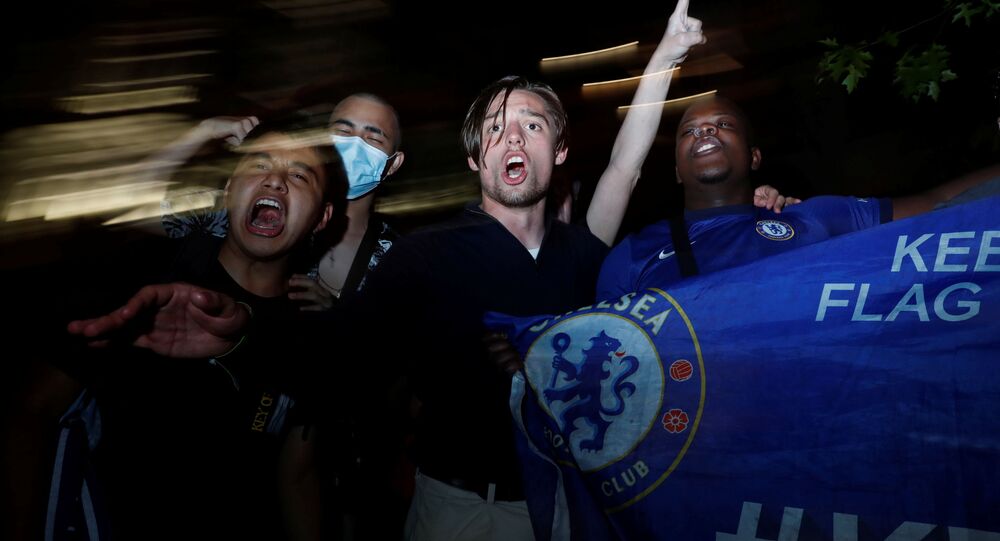 The removal of Portugal from the UK's "green list" of destinations has left many holidaymakers fuming over the government's U-turn on the international travel policy for Brits.

As the UK moved to exculde Portugal from its "green travel list", Brits have taken to social media to vent their anger, saying the southern European nation was placed on that list to let English football fans fly to Porto for the 2021 UEFA Champions League Final, held on 29 May.

The final game was between English clubs Manchester City and Chelsea.

​The suggestion, however, was dismissed by users pointing out that the decision to relocate the Champions League final from Turkey to Portugal came after Portugal had already been placed on the "green list" by the UK.

Timings wrong for that. It moved to Portugal as it was on the green list, not other way round. Its actually a possibility that the issues in Portugal could have been caused by the final as many people from many countries will have gone. Or shapps got an expensive quote for a hol

To be fair Portugal was on the green list when it was planned to be in Turkey.

​"The Champions League Final was moved to Portugal nearly 2 weeks after the UK announced Portugal on the green list. So I'm guessing your cynicism should be directed at the European football authorities UEFA this time", said a user on Twitter.

The condemnation of the UK government for placing Portugal on the "amber list" continues to grow online, after Thursday's announcement by the Department for Transport (DfT).

It comes as Portugal is taken off the green list for travel@PAhttps://t.co/dUBI2sALDs

everyone who booked a holiday to Portugal seeing the notification about it coming off the green list https://t.co/zuHNkyATR2

​According to one Twitter user "nobody cares about fans only the sponsors", as thousands who attended the UEFA game in Porto will have to self-isolate upon their return to Britain.

The restriction won't apply, however, to UK Government Minister Michael Gove, who also attended the football match but won't self-isolate and instead will take daily COVID-19 tests as part of a pilot scheme designed to measure testing effectiveness.

Travellers returning to the UK from countries on the "amber list" must, according to government rules, quarantine for 10 days and take a COVID-19 test on or before day 2 and on or after day 8.

"Green list" arrivals do not have to self-isolate on arrival in England.