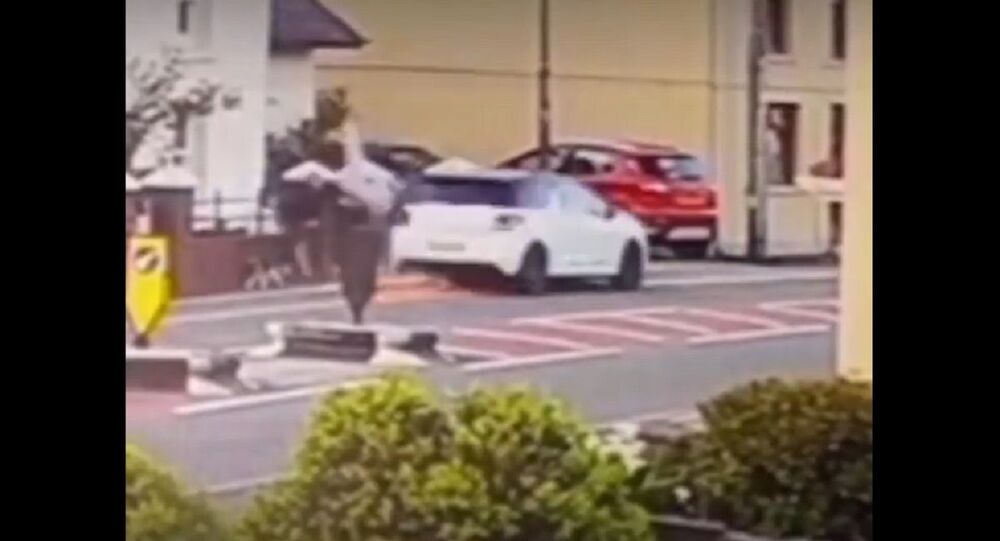 The victim of the car crash, who is an adult website model, was left unable to work for some time due to her injuries, as she needed 15 stitches in her leg after the collision.

A drunken driver has smashed right into a family walking their dog, hitting a woman on the pavement, with terrifying footage showing the incident.

OnlyFans model Finley Taylor and her husband Eddie Taylor were walking down a quiet street in Ammanford, Wales with their Cavalier King Charles Spaniel Walter, when, suddenly, a white Citroen emerged, coming right at them, The Sun reported.

"The car hit me so hard and so fast that I thought that I was dying. I can't believe I am alive. The footage is shocking. I got lucky. She mounted the pavement and ploughed into me", the victim said. "I flipped through the air. It tore my leg open and the fat came out of it. I really thought I was going to die".

She later shared a video of the incident on her TikTok account, altering the sound and saying that "Making a meme out of your own near-death experience is honestly therapeutic".

The woman driving the car reportedly tried to flee the scene, but she was eventually stopped by locals and later arrested.

According to Finley Taylor, officers said there was no CCTV footage of the incident, so she had to find it herself.

"She was forced to pull over by locals and they took the keys off her. As she was being arrested she kept shouting 'I work for the police, I'll get away with it'", the model told the newspaper. "I feel that the police are refusing to investigate this crime properly. We are told that she will most likely get a 12-month driving ban and a fine".

The suspect, Emily Down, was later charged with drunk driving, leaving the scene of a crash, and not having a license.

Taylor expressed hope that sharing her story would bring "tougher sentencing" for the drunken driver. "The next person she hits will be killed. I survived by sheer dumb luck", she added.