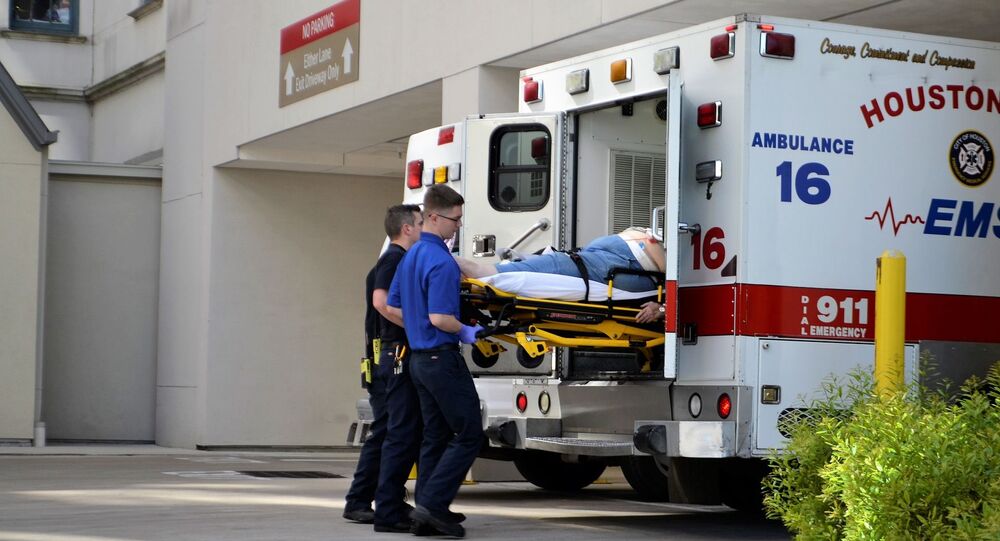 Since the emergence of social media not a month goes by without users daring others to perform another viral challenge. Most of them are harmless and quite amusing. However, some lead to severe injuries and even death.

An OnlyFans model suffered a heart attack after doing the latest popular challenge on TikTok, Buzzfeed reported. The task was to "Dry Scoop" which is to swallow an energy drink powder without diluting it in water as is recommended which reportedly has an energising effect.

The viral trend is similar to the cinnamon challenge and usually results in individuals coughing up the powder on camera all over their friends.

Cheers dry scooping for Bob! We’re gonna see if this has any taste pic.twitter.com/4WknZ8ZFC6

​However, the challenges do not always ends up in laughter. One TikTok user had to be given her inhaler after swallowing the powder, and 20-year-old Briatney Portillo says she was rushed to hospital after doing the challenge.

Portillo told Buzzfeed that she had had a "heavy feeling" in her chest after swallowing the powder, which contains amino acids, vitamins, creatine, caffeine and artificial sweetener. The feeling eased, but returned some time later more intensely.

"The pain went to my back and to my left arm and my left arm went slightly limp, so I knew those were symptoms of a heart attack. I called 911 and the ambulance came," Portillo told Buzzfeed.

Doctors initially brushed off the idea that she had suffered a heart attack. However, after conducting tests they found out that Portillo's troponin levels were high, which suggested that she had either had a heart attack or her heart was very stressed.

Dr Nicole Harkin, a cardiologist based in San Fransisco, said pre-workout powders contain huge levels of caffeine, in some cases up to 500 milligrams, which in some cases could be "detrimental to the body, by increasing the heart rate and blood pressure acutely". Dr Harkin strongly advised against taking the dry scooping challenge, noting that individuals have to follow instructions and dilute the powder in water.

"Also, since they are not regulated by the FDA [US Food and Drug Administration], we really have no idea what is in them. Many supplements often contain contaminants and other unregulated components, which is unfortunately particularly an issue for those targeting weight loss or performance," Dr Harkin said.

Internet challenges can be quite amusing, but some lead to severe injuries and even death. In 2017 internet users were crazy about the Tide pod challenge, which required users to bite into a pod of laundry detergent. According to Consumer Reports magazine, eight people died after performing the challenge and almost 40 others were hopsitalised with chemical burns.