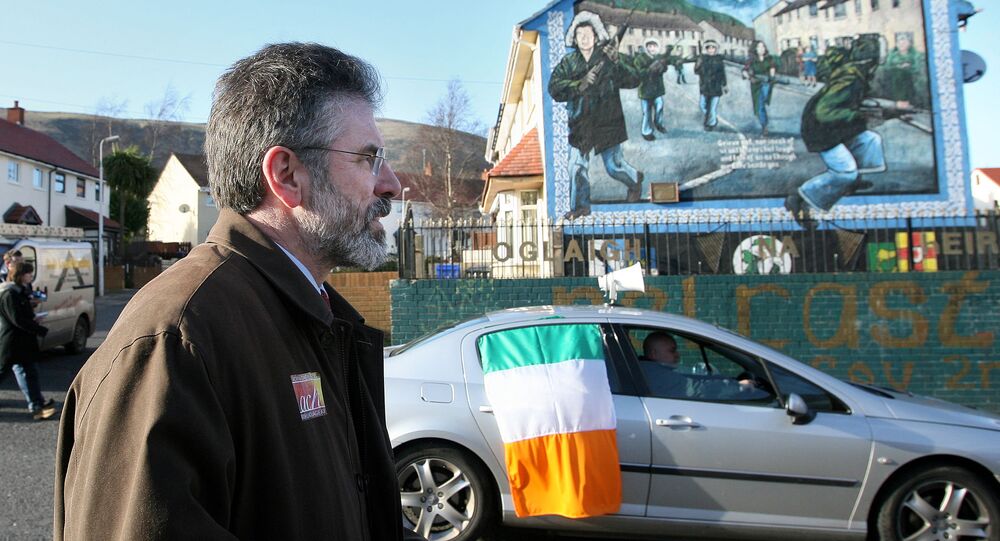 More than 3,600 people suffered violent deaths during The Troubles - 30 years of sectarian strife in Northern Ireland, which was ended by the Good Friday Agreement. One of the most controversial incidents was the so-called Ballymurphy Massacre in Belfast in 1971.

A coroner has said 10 people killed by the British Army in Northern Ireland 50 years ago were "innocent."

A Catholic priest and a mother-of-eight were among those killed by the security forces in the heavily Irish republican Ballymurphy district of west Belfast over three days in August 1971.

Proud of the Ballymurphy families today and everyday. Well done on your long hard fight for the truth. You can all hold your heads high. Done your loved ones proud.

​The inquest, which began in November 2018, heard evidence from 150 people, including 60 retired soldiers, but several key witnesses did not appear, including IRA men who were reportedly active in the area at the time.

Ballymurphy Massacre families have arrived to hear the inquest verdicts on their loved-ones. @ballymurphymassacre pic.twitter.com/lCL7UYYzSw

​The coroner, Mrs Justice Siobhan Keegan, said: "All the deceased were entirely innocent of any wrong doing on the day in question."

Mary Lou McDonald, president of Sinn Fein, said the inquest ruling was a "vindication" of campaign by the families of the victims.

Ms McDonald said: "Today will be bittersweet as the British government confirms that they will now attempt to block the families from getting justice, in defiance of an international agreement signed with the Irish government on dealing with the past."

Her comments were a response to the Queen's Speech, in which Boris Johnson's government set out plans to restrict the prosecution of British soldiers for actions in Northern Ireland during The Troubles.

The inquest had been hampered by missing documents, including statements from soldiers made in 1972 in which they admitted shooting people.

The original list has been lost and only the original coroner - who has since died - knew the names of the soldiers.

Joan Connolly's injuries were so horrific it took 3 attempts by her husband to identify her in the morgue. Half her face was blown away but, when he looked closely, Denis saw the red hair his wife was so proud of. They'd 8 kids. Hoping the Ballymurphy families finally see justice pic.twitter.com/p46cDhC6xz

​So nobody at the inquest was able to cross-examine any of the soldiers who gave evidence about whether they had admitted shooting someone.

Another key individual, Witness X, made a statement claiming snipers from the Ulster Volunteer Force (UVF) were also in Ballymurphy at the time but he never gave evidence.

No members of Official IRA and the rival Provisional IRA testified either but Mrs Justice Keegan said there was no evidence any of the 10 victims had been armed at the time they were shot.

Hi @morningireland This is a pic of British Army in Aden (Yemen) in 1967. The British Army & Parachute Regiment used exactly same tactics in #Ballymurphy 4 years later. Indiscriminate violence & detention. This was NOT ‘intelligence’ led-it was ideologically led Colonial #Murder pic.twitter.com/1dhCmyak0w

The families of the victims sat in socially distanced groups at the Waterfront Hall in Belfast as Mrs Justice Keegan read out her findings, after which they were posted online.

Mrs Justice Keegan said Father Mullan and Mr Quinn were both shot dead on waste ground near Springfield Park by troops from the Parachute Regiment and a standard issue British Army bullet was recovered from the body of Mr Quinn.

In her report Mrs Justice Keegan said: "The Coroner received evidence suggesting that the UVF had gunmen in the area and raising the possibility that a UVF gunman could have been responsible for some of the deaths at Ballymurphy. The Coroner found, however, that there was no evidence of value to suggest that this was the
case in relation to the death of Father Mullan or Mr Quinn."