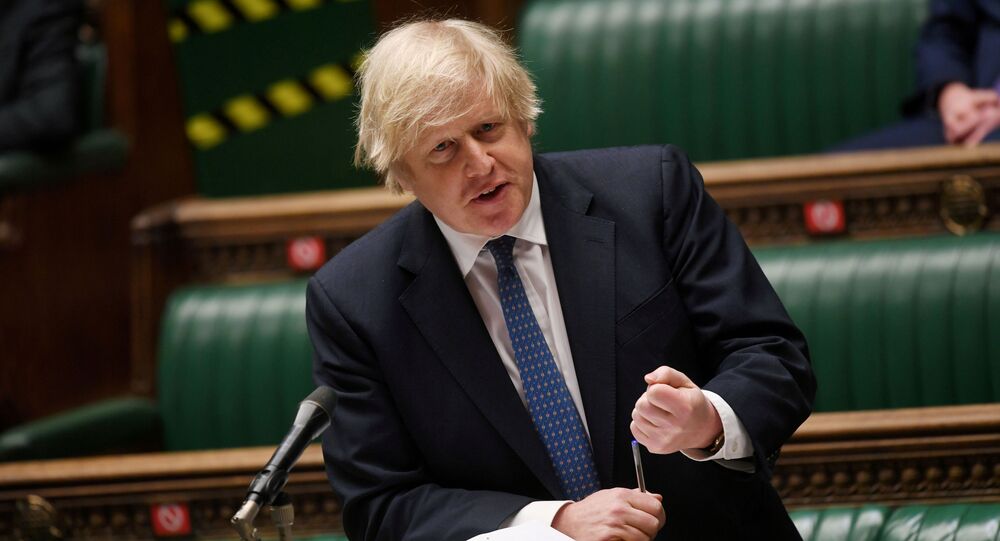 On Thursday, Downing Street sources accused Dominic Cummings of being behind the leak of private text messages sent by UK Prime Minister Boris Johnson to tech boss James Dyson and related to the two's COVID-19 deal.

On Tuesday, the BBC published text messages dating back to March 2020, in which Johnson assured billionaire tech boss James Dyson that his employees would not have to pay extra tax if they came to the UK to make ventilators during the COVID-19 pandemic.

When asked if he thought Cummings had leaked details of his contacts with Dyson, the UK prime told the British radio station LBC that he does not think "people give a monkey's about this issue".

"What they care about is what we'll be doing to protect the health of the British public and that's what I care about", Johnson pointed out.

He spoke after Cummings denied leaking the Johnson-Dyson text messages as well as the details of the second coronavirus lockdown in England.

"I have not found the ones [texts] that were leaked to Laura Kuenssberg on my phone nor am I aware of being sent them last year. I was not directly or indirectly a/the source for the BBC/Kuenssberg story on the PM/Dyson texts. I am happy to meet with the Cabinet Secretary and for him to search my phone for Dyson messages", Cummings argued in his first blog since he left the government in late 2020.

The ex-top adviser accused Johnson of trying to stop a separate leak inquiry in order to protect Henry Newman, one of the closest friends of the UK prime minister's fiancée, Carrie Symonds. An unnamed senior government official was cited by the BBC as saying that "the allegations against Henry Newman are entirely false".

The leak pertained to reports that Johnson was secretly trying to set up a charity that would cover the costs of the refurbishment of his official residence, supervised by Symonds. According to the reports, Johnson was particularly alarmed by the cost of the "gold wall coverings" chosen by his fiancée.

On Wednesday, the British prime minister told the country's lawmakers, a good portion of whom remained critical of his deal with Dyson, that his goal was to "save lives" during the COVID-19 pandemic.

"I make absolutely no apology at all ... for shifting heaven and earth and doing everything I possibly could ... to secure ventilators for the people of this country and to save lives", Johnson underscored.

The remarks were followed by the prime minister claiming that his actions were about looking out for Britain's best interests and nothing more.

"If you think that there's anything remotely dodgy or rum or sleazy about trying to secure more ventilators at a time of a national pandemic and doing everything in your power to do that then I think you're out of your mind", Johnson told reporters.

The COVID-19 deal between the PM and Dyson caused criticism from the Labour Party, who also expressed concern about the extent of lobbying corruption in Westminster.

"The PM appears to have used the power of his office to personally hand public money to a billionaire friend in the form of tax breaks. If true, it is clearer than ever there is one rule for the Conservatives and their friends, another for everyone else", a Labour Party spokesperson said in a statement.

© REUTERS / JOHN SIBLEY
Johnson Slams Critics Amid Dysongate: ‘You’re Out of Your Mind’ to ‘Think There’s Anything Dodgy’
The developments come as former Tory Prime Minister David Cameron was embroiled in a lobbying scandal after reports emerged that he exchanged messages with Chancellor Rishi Sunak and a number of government ministers.

Cameron lobbied the government on behalf of financial services company Greensill Capital to secure access to a Bank of England COVID-19 loan scheme meant to aid businesses during the coronavirus pandemic.