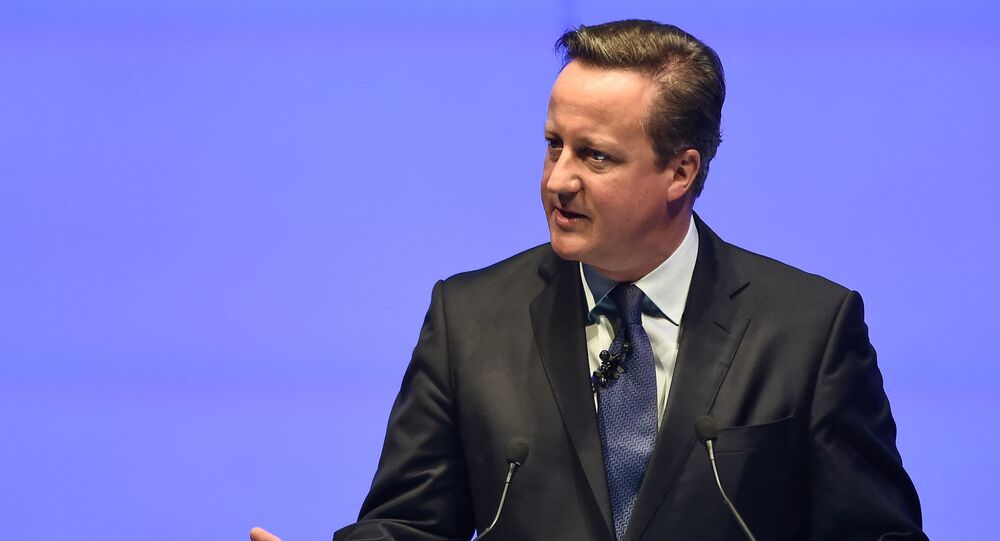 Late last week, David Cameron admitted that there were "lessons to be learnt" from the Greensill Capital lobbying scandal. He reiterated that he had "not broken any rules", while conceding it was a mistake to informally lobby Cabinet ministers on behalf of the private firm.

The Times has revealed the content of former UK Prime Minister David Cameron's email, in which he lobbied on behalf of the private firm Greensill Capital to secure the company's access to a Bank of England COVID-19 loan scheme meant to ease pressure on businesses amid the pandemic.

The email, which dates back to April 2020, is related to Matthew Gould, the head of NHSX, a digital arm of the National Health Service (NHS) England and the UK Department of Health and Social Care.

In the message to Gould, Cameron touted Greensill Capital as "the UK's leading fintech firm", adding that he wanted to introduce Gould to Bill Crothers, one of Britain's former senior civil servants who reportedly took a job with Greensill when working in the government.

"As you may be aware, Greensill have recently launched a digital solution, […] which allows NHS employees to draw their salary earned, not yet paid, in real time using a simple app. Importantly, it is free for employees and for employers, and Greensill have committed that they will never charge for the service to the NHS and will never sell an employee's data", the email reads.

Cameron then notified Gould of UK Health Secretary Matt Hancock and NHS England Chairman David Prior being "extremely positive about this innovative offer".

The Times earlier reported that Hancock and Australian banker Lex Greensill met Cameron in 2019 for a "private drink", where the ex-UK prime minister lobbied Hancock to introduce a payment scheme for the NHS. The health secretary is reportedly the fourth UK minister lobbied by Cameron on behalf of Greensill Capital, which collapsed earlier this year. The alleged list includes Chancellor Rishi Sunak and two Treasury ministers.

In the email, Cameron also asked NHSX to grant Greensill Capital's Earnd app access to the data of NHS employees, noting that he thinks "some help" from Gould "would go a long way".

The email was revealed as Chris Bryant, the chairman of the House of Commons' Select Committee on Standards, insisted that a probe into Cameron's lobbying should also consider a 2017 meeting between the ex-prime minister and then-Chancellor Philip Hammond.

"I could not understand the rationale for supporting this fund at the time. It seemed mysterious. A lot of MPs were worried about the security implications of pursuing this 'golden age' of relations", Bryant said, apparently referring to Cameron hailing a "golden era" in trade ties between Beijing and London when he was prime minister.

© REUTERS / Stefan Wermuth
David Cameron Denies Breaking 'Codes of Conduct', Accepts 'Lessons to Be Learnt' From Greensill Row
The remarks came after David Cameron promised to "respond positively" to any requests from MPs to give evidence pertaining to the Greensill Capital probe, after the Commons Treasury Committee announced an inquiry into the firm's collapse.

The probe follows Tory MPs blocking a Labour motion to set up a special committee to investigate the Cameron lobbying row, including public hearings by a cross-party panel of MPs.