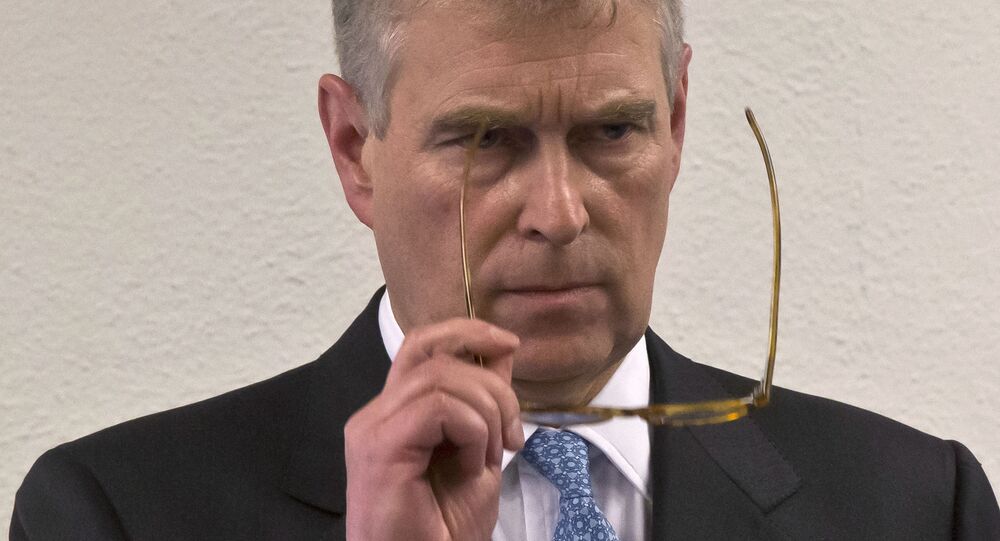 The reported incident occurred notwithstanding the fact that security at Windsor Castle and surrounding Royal buildings in the area had been on high alert on the day of the Duke of Edinburgh’s funeral and several days prior.

A woman who claimed to be engaged to Prince Andrew was able to roam the grounds of the Royal Lodge in Windsor Great Park unrestricted and enter the royal’s house by simply impressing the guards with her 'polished appearance', reported The Sun.

The major security scare was triggered after the smartly-dressed  44-year-old intruder drove up in a cab to the official Windsor residence of the Duke of York shortly after 11 a.m. on 19 April.

The woman, who is said to have arrived in the UK from Spain on Saturday, the day of Prince Philip’s funeral just three miles away at Windsor Castle, demanded that one of the private security guards pay for her taxi, claiming she had a lunch appointment with Prince Andrew.

© REUTERS / POOL
Britain's Prince Charles, Britain's Princess Anne and members of the Royal Family walk behind the hearse on the grounds of Windsor Castle during the funeral of Britain's Prince Philip, husband of Queen Elizabeth, who died at the age of 99, in Windsor, Britain, April 17, 2021.

The guards obligingly complied, and even allowed the woman, seemingly without requesting any proof of identification, to proceed through the front gate.

"She was apparently very smartly dressed, in suit trousers, a yellow blouse and peach jacket, and had her hair done up and full make-up. She cut quite a glamorous figure and the guards were completely taken in by her,” a source was cited as telling the outlet, adding that the security guards never suspected the woman was a total stranger to Prince Andrew and “seemingly had a fixation with him".

Prince Andrew, claim sources cited by the outlet, was at home at the time of the intrusion, yet there is no indication that he was aware of the unwelcome guest at the time.

After police were summoned, the woman gave officers her name as Irene Windsor, claimed she was engaged to Prince Andrew and lived at the Lodge with him.

The woman’s handbag was found to contain maps of the Lodge, as well as other Royal Family residences. Also reportedly in her possession was a self-defence key ring in the shape of a cat with two sharp prongs.

The woman was arrested on suspicion of burglary and later sectioned under the Mental Health Act, while a security review has been launched in connection with the extraordinary security lapse.

A decision had been taken last year to scale back Prince Andrew’s police protection as part of cost-cutting measures and in the wake of his withdrawal from Royal duties over the convicted sex felon Jeffrey Epstein scandal. Nevertheless, the royal still has Met Police personal protection as the son of the monarch.