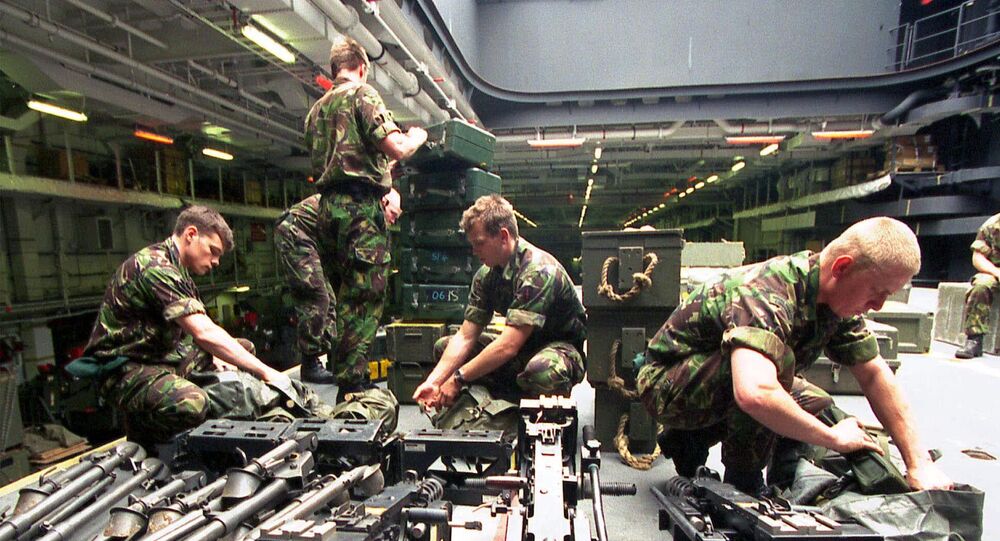 Women in the UK were allowed to serve in close combat units in 2016, and since 2018 have been able to apply for all military roles.

Piers Morgan took to Twitter on Monday to criticise the latest move by the British Army to ban soldiers from calling each other "lads" for the sake of gender equality.

The former Good Morning Britain host said that anyone who is that easily offended should not be in British Army.

​Previously, a set of orders given by 22 Engineer Regiment’s sergeant major to troops taking part in online meetings banned the words “gents,” “men,” and “lads” to maintain the military's policy of “diversity and inclusion.”

“There has been a drop in V and S over the last few weeks... Saluting/bracing up [coming to attention]... make sure people are getting paid the correct compliments... All are to remember D and I [diversity and inclusion] – ‘gents’, ‘men’, ‘lads’ and other phrases are not to be used.”

This is not the first time the UK military has caused a stir in pursuit of "diversity and inclusion."

The Army previously introduced gender- and age-neutral fitness tests with the same standards set for both male and female troops.

Last year, reports emerged that the British Royal Navy would stop using terms like “seaman” and “manpower” as part of an effort to fight institutional sexism.

First Sea Lord Tony Radakin ordered the Navy to change certain terms so that female recruits do not feel excluded.

In 2017, the British Army was told to avoid gender-specific words, such as “mankind,” “sportsmanship,” and “forefathers” in order to avoid offending women and people from the LGBT community.