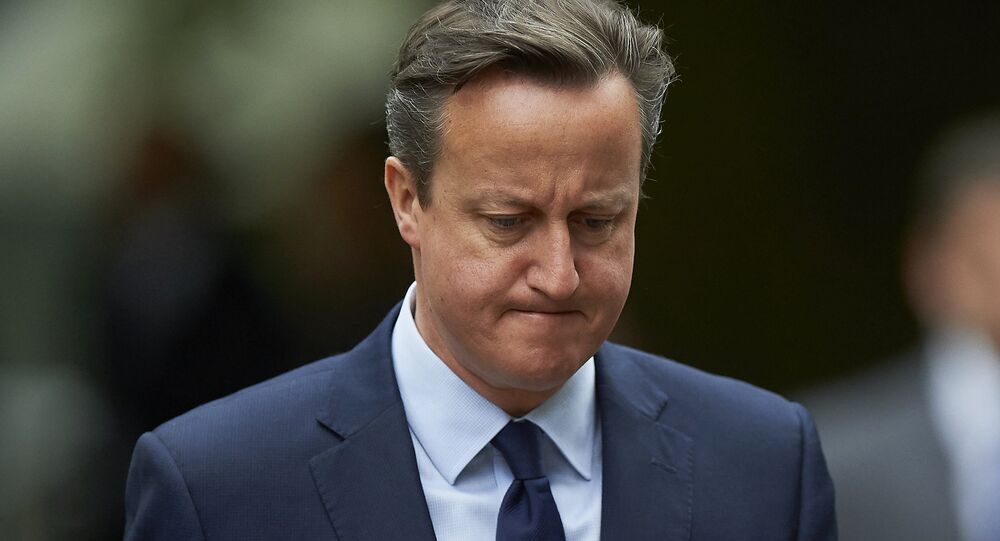 Cameron is embroiled in a scandal over his alleged efforts to lobby government officials on behalf of the private firm Greensill Capital, a key financial backer of Britain's third-largest steelmaker Liberty Steel.

The newspaper claimed that the October 2019 meeting came two months after Greensill emailed Hancock to propose a collaboration, claiming that senior NHS officials were "overwhelmingly positive" about the idea.

The BBC, in turn, cited an unnamed Hancock ally as saying that the health secretary "acted in entirely the correct way", and that he "updated officials on the business that was discussed, as is appropriate".

Hancock is reportedly the fourth UK minister who was lobbied by Cameron on behalf of Greensill Capital, which collapsed earlier this year. The alleged list includes Chancellor Rishi Sunak and two Treasury ministers.

In a separate development, Cameron's unnamed allies were quoted by the Daily Mail as saying that the lobbying scandal was stoked by aides of Minister for the Cabinet Office Michael Gove.

This comes a few weeks after the ex-UK PM was cleared of breaking lobbying rules by the Office of the Registrar of Consultant Lobbyists. The watchdog said in a statement that they had concluded a probe into whether Cameron had "engaged in unregistered consultant lobbying".

"His decision is that based on detailed information and assurances provided, Mr Cameron's activities do not fall within the criteria that require registration on the Register of Consultant Lobbyists", the statement pointed out.

The investigation followed media reports that Cameron directly lobbied Chancellor Sunak to secure multimillion-pound COVID-19 loans for Greensill Capital. It was also reported that the former British prime minister approached the Bank of England in an attempt to receive money for the company.