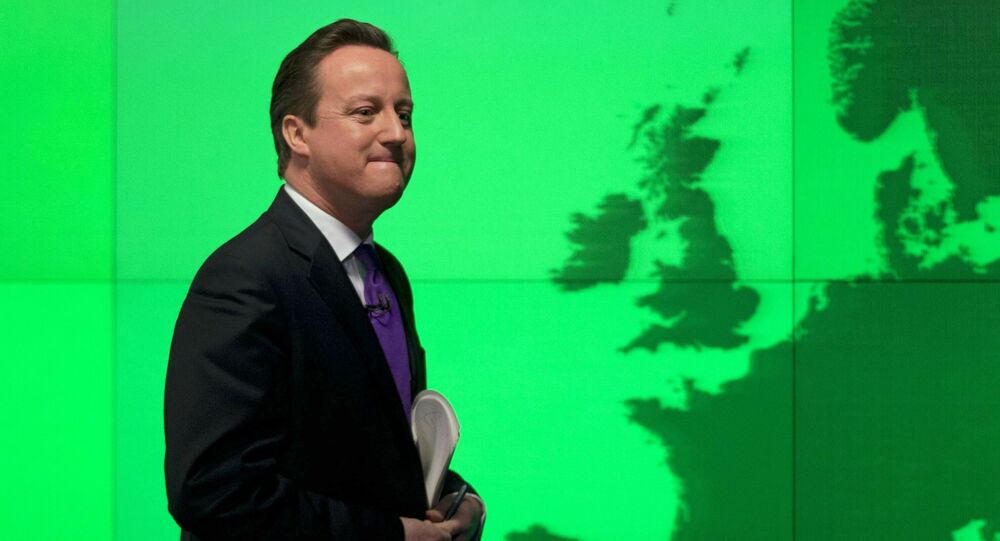 Former PM David Cameron was accused of breaking lobbying rules set by his own government by allegedly seeking a state-backed loan — under a scheme to help British firms survive the coronavirus lockdown — to bail out ailing private finance firm Greensill Capital.

Former British Prime Minister David Cameron has been cleared of breaking the lobbying rules by the body his government created to enforce them.

Ex-Conservative leader Cameron had been accused of improper conduct, with media reporting claims he solicited a government-backed COVID-19 assistance loan for private bank Greensill Capital from Chancellor of the Exchequer Rishi Sunak.

"The Registrar of Consultant Lobbyists has concluded his investigation into whether the Rt Hon David Cameron has engaged in unregistered consultant lobbying," the registrar said in a statement.

"His decision is that based on detailed information and assurances provided, Mr Cameron’s activities do not fall within the criteria that require registration on the Register of Consultant Lobbyists."

© AFP 2021 / Will Oliver
Greensill Capital: What Was It and Did David Cameron Try to Get a Loan From UK Government For It?
The Financial Times claimed Cameron lobbied the government to increase Greensill’s access to lockdown loan schemes only a few months before the company collapsed.

​Cameron was prime minister from 2010 to 2016, when he resigned following the UK's vote to leave the European Union — having led the unsuccessful Remain campaign. His 2010-2015 coalition government with the Liberal Democrat Party saw attempts at governmental reform, including the Fixed-Term Parliaments Act which resulted in a spell of Parliamentary anarchy in the autumn of 2019.