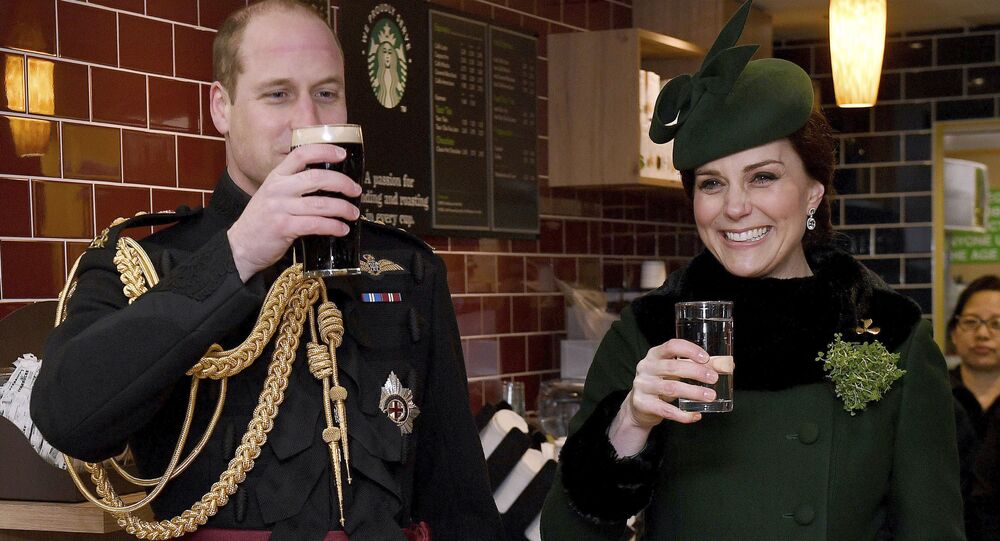 The Duke and the Duchess of Cambridge, the Prime Minister of Canada Justin Trudeau, the US President Joe Biden, New Zealand’s PM Jacinda Ardern and other national leaders spoke in a video shared by Ireland’s Foreign Ministry.

The world's leaders have sent their greetings to Ireland on 17 March, wishing those celebrating St Patrick’s Day warm wishes from all over the world.

“We were so thrilled to be able to visit Ireland just over a year ago, a few weeks before all of our lives were turned upside down by the pandemic,” said Prince William.

Interestingly, the full video posted by the Foreign Ministry of Ireland shows Biden as the first one to congratulate the Irish people, followed by the Duke and the Duchess of Cambridge. However, the video clip posted by the royals’ Twitter account shows Prince William and Kate Middleton first, followed by the US president.

​According to the Duchess of Cambridge, the “warm welcome we received everywhere was a testament to the friendship between our two countries and the strength of relationship between the UK and Ireland.”

However, the political realities are different from the rosy picture painted by the royals in their video address.

Commenting on the trade deals arranged by London with Washington post-Brexit, Coveney suggested that Britain should be working with the European Union, instead of trying to “get there first".

Coveney also turned his mind to the tensions building up in Northern Ireland and the UK’s decision to enforce "lawful" and "technical" changes to the Brexit protocol that will include the delay to border checks that would give traders time to "build up confidence".

“Legal Action is not a welcome development, but the approach of the UK government has given the EU no alternative. Unilaterally changing how protocol is implemented is a breach of agreement. We need to get back to UK/EU cooperation, working with business in Northern Ireland & focused on solving problems together,” Ireland’s FM tweeted on 15 March.

We have just launched legal proceedings against the United Kingdom for breaching the Withdrawal Agreement and IE/NI Protocol.

Unilateral action undermines trust.
The EU is committed to making the Protocol work for all.

​The Good Friday peace agreement has also come under stress after Britain’s withdrawal from the European bloc. As the White House marked St Patrick's Day on Wednesday, it reiterated the US' commitment to the Good Friday Agreement, with President Biden set for a virtual meeting with Ireland's prime minister, Taoiseach Micheal Martin.