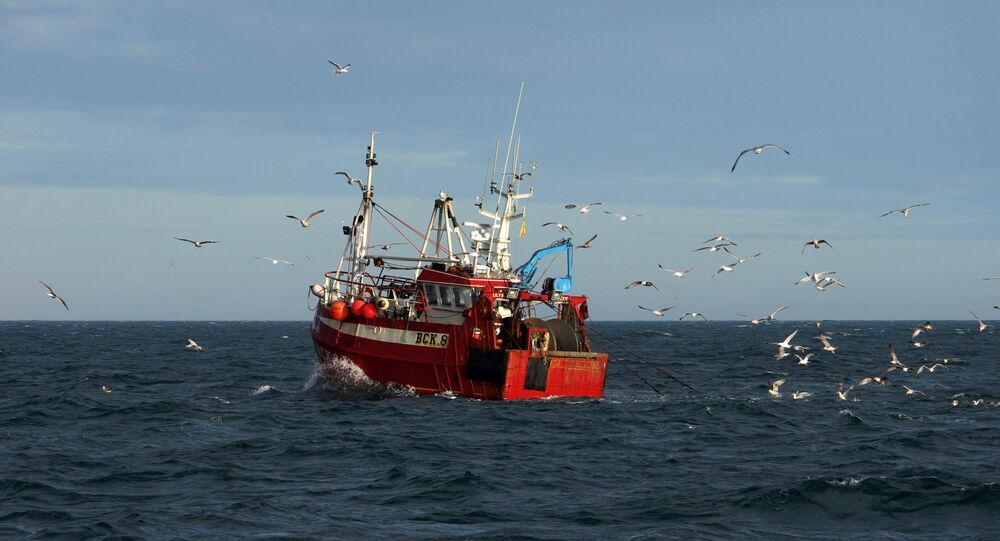 UK Reaches Agreement on Fishing Quotas With Norway and EU

Fishing rights has been one of the stumbling blocks in the post-Brexit UK-EU relations, with both London and Brussels being at loggerheads on how many fish each side is allowed to catch in European and British waters.

The United Kingdom has agreed with the European Union and Norway 2021 quotas for six types of fish in the North Sea.

"As an independent coastal state we are committed to managing our fisheries sustainably, to the benefit of the fishing industry across the UK and our marine environment, now and in the years to come", Fisheries Minister Victoria Prentis said on Tuesday.

The agreed limits under Britain's first deal as an independent coastal state will bring more than £184 million to the UK fishing industry. The quotas will apply to cod, haddock, plaice, whiting, herring, and saithe.

© AFP 2021 / OLI SCARFF
Fishermen sort and load trays of salmon heads to be used as bait for crab and lobster pots as they prepare for their next voyage to sea, on the South Pier of Bridlington Harbour fishing port in Bridlington, north east England on December 11, 2020

Earlier this week, London and Brussels held talks on the annual fishing limits just weeks after both sides were caught in a shellfish row, which erupted after the UK was barred by the bloc from exporting live shellfish to the member states over the discrepancy in water quality requirements.