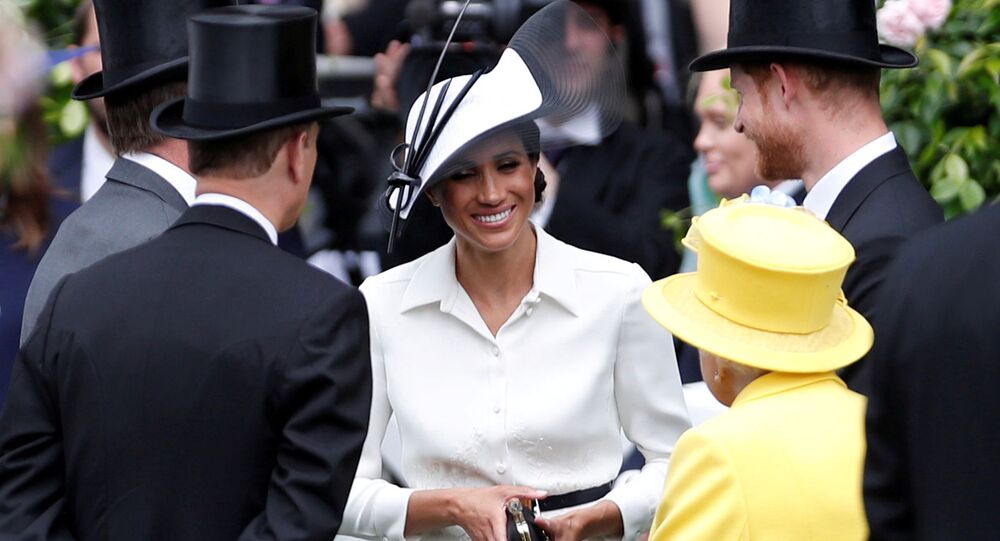 The development comes two days after Meghan Markle and Prince Harry gave a bombshell interview to US talk show host Oprah Winfrey, in which the couple spoke about alleged racism in the Royal Family and made several other sensational claims.

An Australian MP has sparked outrage after he claimed that Meghan Markle wants to destroy the British monarchy because she married "the wrong prince". In a post on Twitter, Jarrod Bleijie, who serves as a Shadow Minister for Finance, wrote that Meghan had decided to take down the institution when she realised Prince William and not Prince Harry will become the future king.

The problem started when American actress Meghan Markle was told William would be King not Harry. It was at this time that she realised that she married the wrong Prince. So if she can't be the future Queen, she'll attempt to take down the institution. The Crown will prevail!

"Meghan Markle is not who she married. She is a strong, successful woman in her own right. The young people of today deserve better. It is disappointing that during a week where we are celebrating the success of women around the world, that we have a member in this House who is essentially saying that Meghan Markle is a gold digger", the minister said.

This is the most stupid tweet I've ever read.

​Some netizens joked that Jarrod Belijie was under the influence or that this was a parody account.

The hell kind of drugs are you on?

My God, these parody accounts are getting good aren't they? Does the real Jarrod know about this?

​What Did Prince Harry and Meghan Markle Say During the Interview?

The interview, which aired on CBS on 7 March, featured several sensational claims that sparked calls for a boycott of the Royal Family and abolition of the monarchy in the United Kingdom.

The Duchess claimed that one member of the family was concerned about the colour of the skin of their firstborn. The couple did not reveal the identity of the person, but later said off air that it wasn't the Queen or her husband Prince Philip.

Prince Harry voiced regret that no member of the family spoke out against the "racist" treatment of Meghan by the British press, while she accused the Firm – senior members of the Royal Family and staff – of perpetuating falsehoods about the couple.