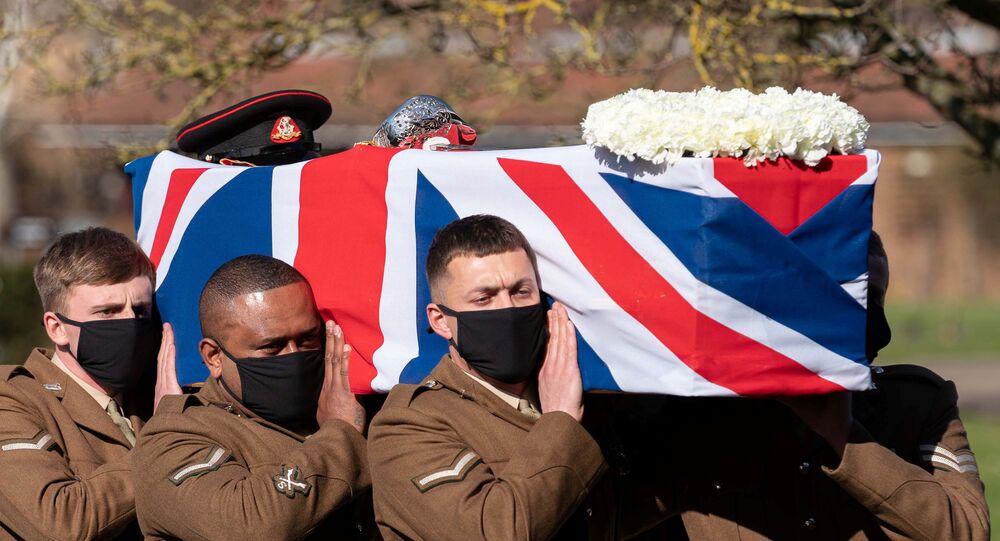 Sir Thomas Moore, a celebrated war veteran from the UK renowned for his record-breaking charity fundraising during the pandemic, died earlier this month after contracting COVID-19, just a few months before his 101st birthday.

A solemn funeral service to pay final respects to Sir Thomas Moore was held on Saturday in Bedford, attended by the veteran's family members.

The ceremony began with military honours, which included a flying display of a WWII plane and three volleys fired by an honour guard.

After Six Yorkshire Regiment servicemen carried his UK flag-draped coffin into the crematorium, his family paid their respects to the veteran.

​His grieving subscribers poured their condolences and expressed their gratitude to the war veteran.

Sir Thomas Moore, popularly known as Captain Tom, raised an astounding amount of over $35.2 million for the NHS by completing 100 laps around his garden using his walking frame. The centenarian passed away on 2 February after contracting the coronavirus.