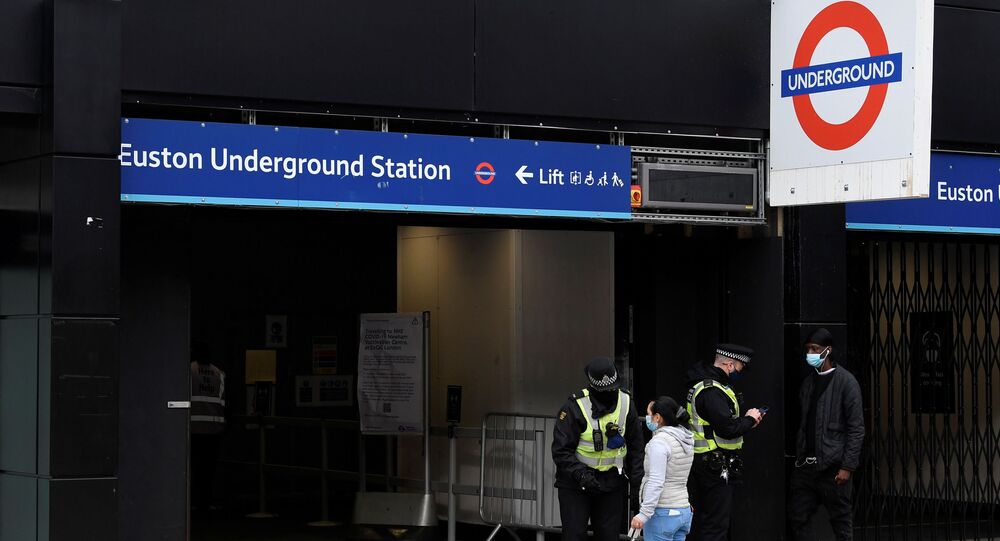 The sharp criticisms come after Downing Street's phase 2 vaccine rollout plans did not include provisions to administer COVID-19 jabs to police officers as frontline workers.

The Police Federation of England and Wales (PFEW) has slammed an announcement from the JCVI as an "utter betrayal" of police forces.

© REUTERS / ANDREW BOYERS
‘Stealth Tax’ Raid on Pensioners Reportedly in Pipeline as UK Treasury Faces Soaring COVID-19 Debts
Such plans were a 'deep and damaging betrayal that will not be forgotten', National chair John Apter said in a shock statement, adding it showed a "complete lack of understanding" about policing amid the ongoing COVID-19 pandemic.

“My colleagues have been on the frontline since the first national lockdown last March, risking infection and even death to keep the public safe," Apter said.

The policing sector had never stated officers "should jump the queue but should be prioritised", he added.

The national chair acknowledged most vulnerable and healthcare workers should receive the vaccine first, but officers could not reduce risks of spreading the virus, adding: "The calls to prioritise police have been ignored".

Policing was "unpredictable" with limited social distancing, where officers visited homes, hospitals and suspects when making arrests, he added.

“Many officers are reporting sick or self-isolating and our numbers are falling, sometimes dangerously low. We have also lost a number of colleagues to this virus too. Yet the Government continue to hide behind the science of the JCVI. What about a moral duty to my colleagues and their families," Apter said in his criticism of the UK government.

Allowing police officers to receive the vaccine would "protect them and their families" but also prevent the spread of the virus, he said.

“We are sick of warm words and no action by our political leaders who have demanded so much from policing during this pandemic. We will now explore every possible avenue open to us to protect our members from this deadly virus and this complacent government,” Apter concluded.

© REUTERS / CARL RECINE
40-Year-Olds Next in Line for COVID-19 Vaccine as Britain Goes Down Priority List
The JCVI noted in its announcement some professions could not avoid working with the public, as well as employees using public transport. Despite this, the JCVI advised an "operationally simple, age-based programme" for people aged 40 to 49, working in jobs with higher exposure to COVID-19, but did not include officers into the plans. To date, nearly 4.2m cases and over 122,000 deaths have been reported in the UK, according to the Johns Hopkins University School of Medicine.
...
Reddit
Google+
Blogger
Pinterest
StumbleUpon
Telegram
WhatsApp
12