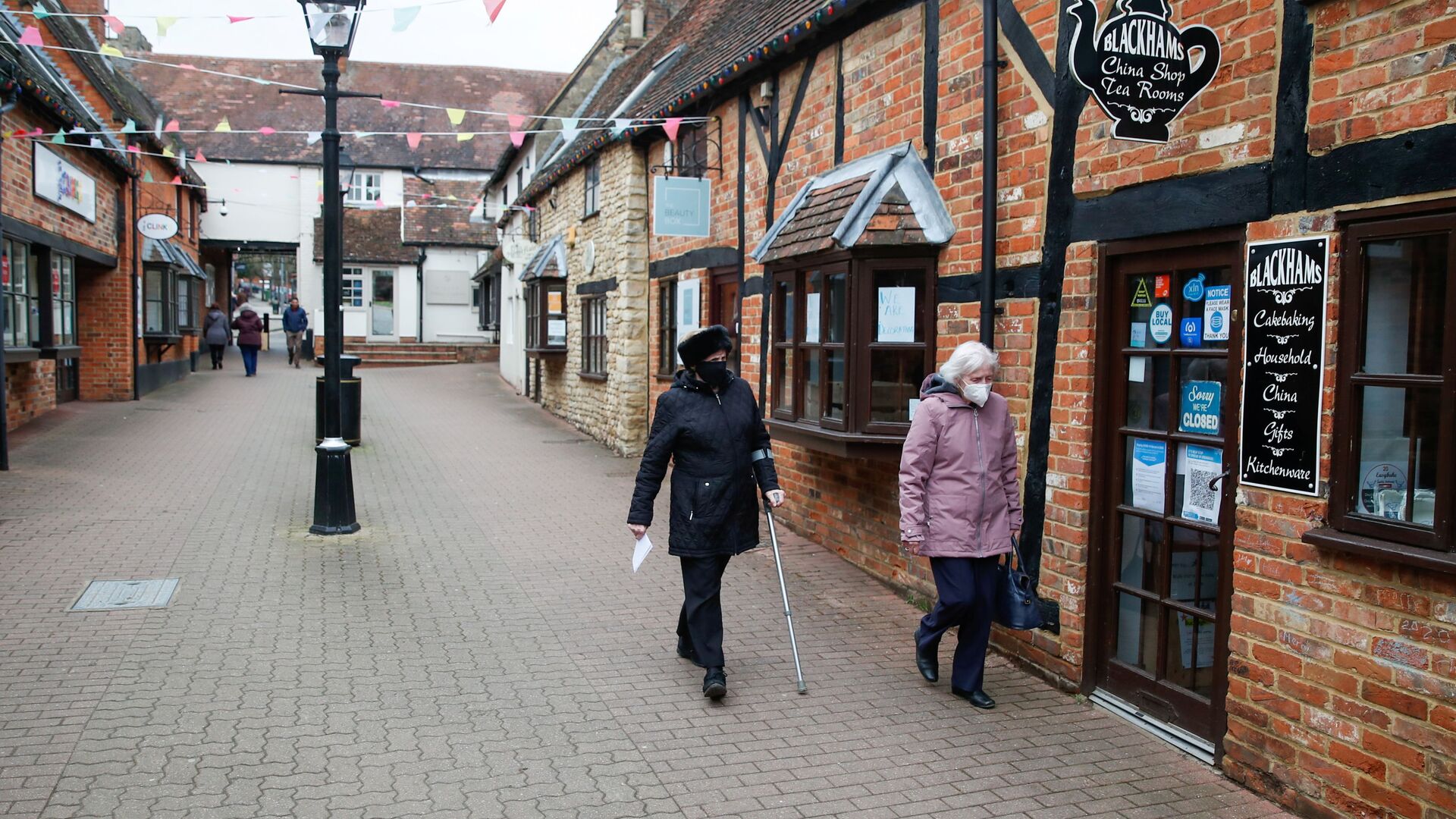 © REUTERS / ANDREW BOYERS
Subscribe
Svetlana Ekimenko
All materialsWrite to the author
On 3 March the UK Chancellor of the Exchequer Rishi Sunak will deliver the Spring Budget in the House of Commons, aimed to focus on “the next stage” of the COVID-19 while looking further ahead to secure the post-lockdown economic recovery and fix the public finances.

Wealthy UK pensioners could be hit with a 'stealth tax' as Rishi Sunak gears up to announce the Spring Budget amid a looming challenge to patch up finances impacted by an extraordinary public spending ‘binge’ driven by the COVID-10 pandemic, reports The Times.

As the Treasury eyes ways of netting in more finances, the UK Chancellor is reportedly going to announce a freeze set to last the rest of this parliament on the ‘lifetime allowance’.

The lifetime allowance - the threshold affording pensioners an opportunity to accumulate savings without triggering an extra tax charge - is currently £1,073,100 ($1,498,278).

It applies to the total of all the pensions one has, including the value of pensions promised through any defined benefit schemes you belong to, but excluding a person’s State Pension.

Unusually, the lifetime allowance rises with inflation and would be due to increase by £88,900.

If the reported decision is implemented, potentially forcing around 10,000 more affluent pensioners outside the tax-free zone to face a 25 percent tax levy (as high as 55 percent in case of a lump sum payment), it could secure around £250 million for the Treasury’s needs to offset the borrowing ‘binge’.

The Chancellor is facing a daunting task of ‘balancing the books’ as he prepares to unveil the UK Government's spending plans amid the continuing pandemic.

To mitigate a disastrous fallout from lockdowns and other restrictions necessitated by the struggle to contain the spread of the coronavirus pandemic, this financial year has seen UK government spending soar to reach £270.6 billion. The funds have gone towards covering COVID measures such as healthcare, support payments and tax breaks.

BREAKING: Rishi Sunak is considering re-starting the “Eat Out to Help Out” scheme when pubs and restaurants reopen pic.twitter.com/8PVpc7nvd3

​In remarks to parliament ahead of the Budget, Prime Minister Boris Johnson vowed that ministers 'will not pull the rug out' from struggling people and businesses who rely on help from the government, as he announced a provisional timetable for lifting COVID restrictions in the nation.

“I want to reassure the house (parliament), we will not pull the rug out. For the duration of the pandemic the government will continue to do whatever it takes to protect jobs and livelihoods across the UK,” said Johnson.

RT @BBCNews: Pints without Scotch eggs and curfews and parties which won't be against the law — PM Boris Johnson outlines his roadmap to get England out of lockdownhttps://t.co/0ZYMDQjOe0 pic.twitter.com/skqDCwBxJ0

​Rishi Sunak is expected to walk a fiscal tightrope as he is reportedly considering freezing tax rises, VAT and business rate cuts from 20 percent to 5 percent for the hospitality and tourist industries, according to cabinet sources cited by the Daily Mail.

An extension to the stamp duty holiday until the end of June is also in the pipeline, as well as prolonging the £50 billion furlough scheme.

With the Stamp Duty Holiday deadline coming up at the end of March, Rishi Sunak has dropped hints in a recent interview that he is now considering a six-week extension to the scheme, which could prevent thousands of potential home buyers from falling off a financial cliff edge. pic.twitter.com/pANPczfF9P

​However, Sunak is also expected to signal future tax rises, with corporation tax and capital gains tax (CGT) suggested to be in the Treasury's crosshairs.
Corporation tax could be hiked from 19 percent to 25 percent, while the CGT could be aligned with income tax.

Amid speculation of looming tax hikes, there have been reports of a likely revolt among Tory MPs.

Former Cabinet minister David Davis was cited as expressing staunch opposition to any increase in the tax burden, while fellow ex-Cabinet minister Esther McVey was quoted as saying:

“We desperately need to grow the economy and you can't tax your way to economic growth.”

However, on Thursday night Downing Street reportedly warned that votes on the budget would be considered as a 'confidence issue', with rebels likely to lose the Tory whip.

A Tory source cited by the Daily Mail said Chief Whip Mark Spencer had 'read the riot act' to MPs at a private meeting recently.

In a written statement on lifting the lockdown, the government said earlier that Rishi Sunak would set out more details of future support for people and businesses at the budget next week. However, the plans would be tied in with longer term fiscal plans.

“It is not sustainable to borrow at this current level over the medium term. This means the government has a responsibility, once the economy recovers, to return to a sustainable fiscal position,” stated the document.

000000
Popular comments
Whatever this dilettante comes up with will be useless. He is a bankster and they take money from the poor and not the millionaires with 100 million of credit accounts. That's why Trump owes a half of a billion dollars. He is going to rob the poor and give it to the rich such as weapon manufacturers in contracts or build the suppose to be fast rail for the ultra rich. This guys has been destroying the UK since day one but the UK papers owned by fellow billionaires won't say a bad word of him. Why? Because they are all land and real estate owners who don't have to pay taxes on millions of property thanks to him.