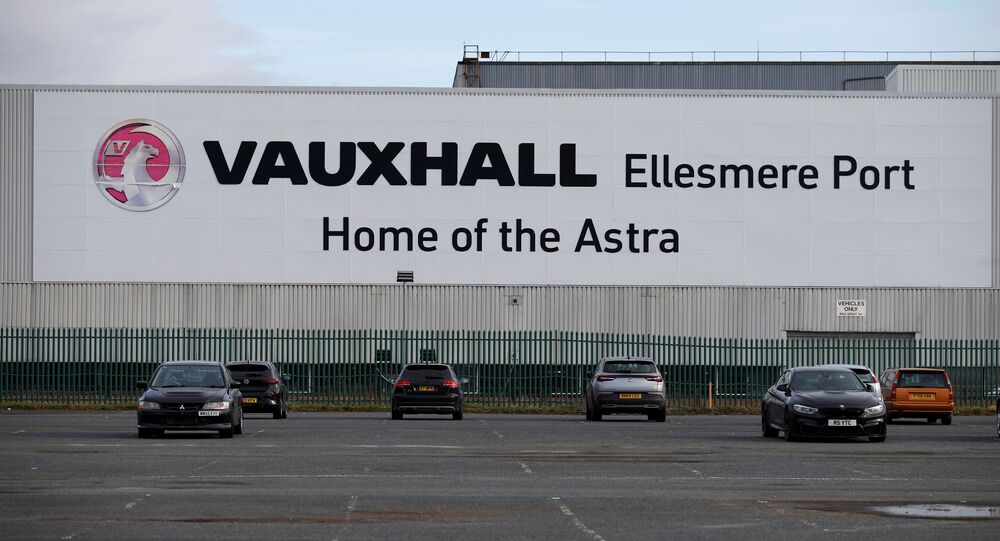 In 1957 Vauxhall built a car factory on a former RAF base at Ellesmere Port near Liverpool. The factory currently manufactures the Vauxhall Astra but its parent company wants to close it down.

European car giant Stellantis - which was created when Fiat/Chrysler merged with PSA, owners of Peugeot in 2019 - is holding talks with the British government this week with 1,000 jobs in the balance.

Stellantis is considering shutting its factory in Ellesmere Port, near Liverpool, which currently makes the Vauxhall Astra model.

Thinking of people at Vauxhall at Ellesmere Port today as decision on future of plant. A lot of Lutonians moved up there in 60s to work in the new plant. pic.twitter.com/8rHoZDxaLk

​The model is coming to the end of its life and the corporation, which was formed in a US$50 billion merger which created the world’s fourth biggest auto manufacturer, is considering a number of options for the site.

The BBC said there were three options under discussion - immediate closure, extending production until 2030 when the sale of new petrol and diesel cars will be banned in the UK, or major investment in an electric car model.

But the biggest obstacle to turning Ellesmere Port into an electric car factory is the absence of a plant making lithium batteries in the UK.

Who is #Stellantis? Created through the merger of #GroupePSA and #FCAGroup, Stellantis is a leading global #automaker and a provider of distinctive, appealing and sustainable #mobility solutions. pic.twitter.com/FnoSBVaKgj

​A firm called Britishvolt is building a battery plant in Northumberland, which is due to open in 2023, but has signed an exclusive deal to supply Nissan.

There have been several proposals for building a gigafactory, similar to Tesla’s in the US, in the Midlands or in the North of England but so far none have come to fruition.

Earlier this month plans were unveiled to build a lithium batter gigafactory at the former Coventry Airport in the West Midlands.

#Stellantis CEO Tavares says slashing costs from manufacturing jobs only addresses 10 percent of the value of a car shipped from the factory. While sometimes unavoidable, "there are many more things to do in a car company than just cutting jobs."

​But at the moment batteries for electric cars built in the UK have to be imported from the European Union and that brings with it two problems.

Firstly the batteries cannot be imported by rail through the Channel Tunnel because of safety concerns and secondly, under the terms of the Brexit trade deal, they will be subject to major tariffs from January 2024.

The UK car industry has been in decline in recent years as a global glut of cars combined with high production costs. Critics of Brexit also claim manufacturers are unwilling to invest in British factories.

Honda is closing its factory in Swindon, in the west of England, later this year but Nissan said last month it would continue to build cars in Sunderland, in the north east.

​In 2005 the MG Rover group went bust, shutting down its Longbridge factory in Birmingham with the loss of 6,000 jobs.

A Stellantis spokesman said on Monday: "The group is considering its investment options. A decision will be made shortly.”

Stellantis Chief Executive Carlos Tavares indicated last month the company was considering what investments to make, if any, in Britain.

Tavares has been credited with turning around Vauxhall and Opel, loss-making brands which were bought from General Motors in 2017.

Stellantis was formed from the merger of French behemoth PSA - which owns the Peugeot and Citroen brands - with the Italian carmaker Fiat, which also owns Chrysler, Jeep, Alfa Romeo and Maserati.