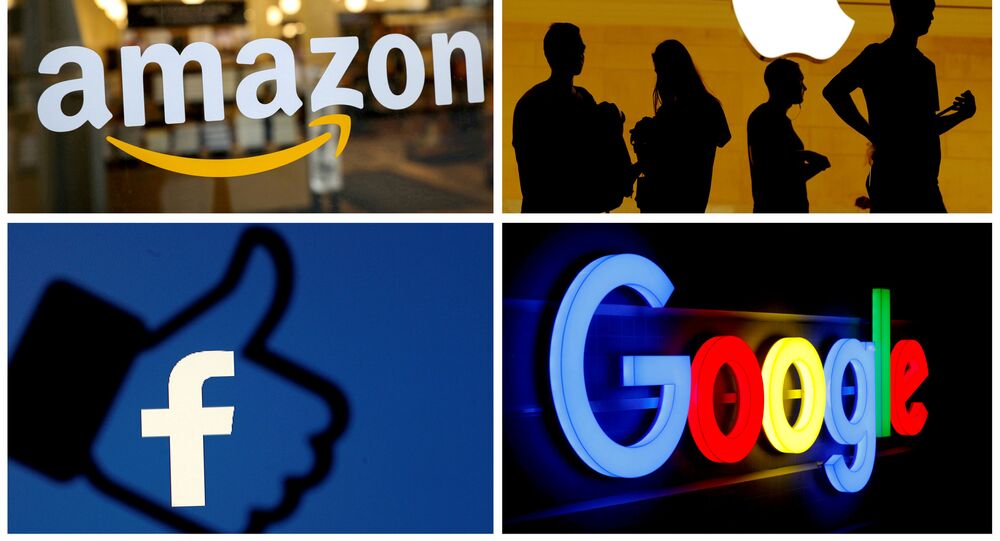 The Battle For Content: Will Britain And The EU Follow Australia In Forcing Big Tech Giants To Pay?

The big US tech giants are nothing without content but for years they have been making huge profits without paying a penny for it. That may be about to change.

Prime Minister Scott Morrison has accused Facebook of trying to “unfriend Australia” after the social media giant blocked people in the country from their news feeds.

Mr Morrison said: "Facebook's actions to unfriend Australia today, cutting off essential information services on health and emergency services, were as arrogant as they were disappointing."

The spat with Mark Zuckerberg’s tech giant comes as Google signed a long-term deal with Rupert Murdoch’s News Corp to pay for content from his newspapers around the world.

News Corp will receive "significant payments" for content from The Times, The Sun, the Wall Street Journal and The Australian which will be used in  Google's News Showcase product, which is due to be unveiled later this year.

Google is also making “meaningful investments in video journalism” and will pay a percentage of its ad revenue for audio and video content.

​So which business model is going to win the battle for content - Google’s "pay-and-play" or Facebook’s "it’s our way or the highway"?

Australia has become the first battleground after the country’s House of Representatives passed legislation which would have forced Google to pay for content from Australian news outlets.

The legislation must still be passed by the Senate before it becomes law in Australia.

Google had threatened to deprive Australians of its search engine if the law went through but it appears to have pre-empted the issue by agreeing a deal with News Corp and is set to agree to buy content from other Australian media groups.

Facebook is now interfering with the the functioning of major sovereign countries.

"It's just a private company, it can do what it likes."https://t.co/ikUyynO1ZH

​Seven West Media reached a deal with Google earlier this week and Nine Entertainment and the state-owned Australian Broadcasting Corporation are both in negotiations with the California-based tech giant.

Australian Treasurer Josh Frydenberg said of the Google deals: “It's a massive step forward we have seen this week. But if this was easy, every other country in the world would have done it already. But they haven't.”

In the last 25 years, as the internet has grown, newspapers in countries like Britain, Australia and the United States have seen their circulations plunge as people abandon paid-for content for free content.

Facebook and Google have also taken a huge chunk of the advertising market from newspapers, which has further eroded profits. News organisations have responded by massively reducing staff because at the end of the day journalism costs money to produce.

​So will the UK, the European Union, the United States and New Zealand follow Australia in taking a more aggressive stance towards Facebook and Google in protecting their local media outlets?

Earlier this month the Financial Times reported that the European Union was drafting two new laws - the Digital Services Act (DSA) and the Digital Markets Act which could copy aspects of the Australian legislation.

Maltese MEP Alex Saliba, who led the European Parliament’s first report on the DSA, told the FT: “With their dominant market position in search, social media and advertising, large digital platforms create power imbalances and benefit significantly from news content…I think it is only fair that they pay back a fair amount.”

This is my understanding based on how it’s been explained to me and what I’ve read. Correct?

​In December the British government’s digital taskforce recommended the big tech giants should be made to pay for news content from UK-based media companies.

He told the House of Lords Communications and Digital Committee on the future of journalism: "The likes of Facebook and Google are dominant and they can stipulate the terms on which they use publishers’ content and, to be clear, all we are looking for is a level playing field and a fair payment. All we are saying is we want some transparency, we want to understand what our content, which is very expensive to source, is generating for these groups and have a fair share, a fair royalty, if you like."

He said: "In total, more than 120 publications in the UK will start curating content for News Showcase, many of them local newspapers who do not have the same resources that many larger, national papers have to invest in their digital transformation."