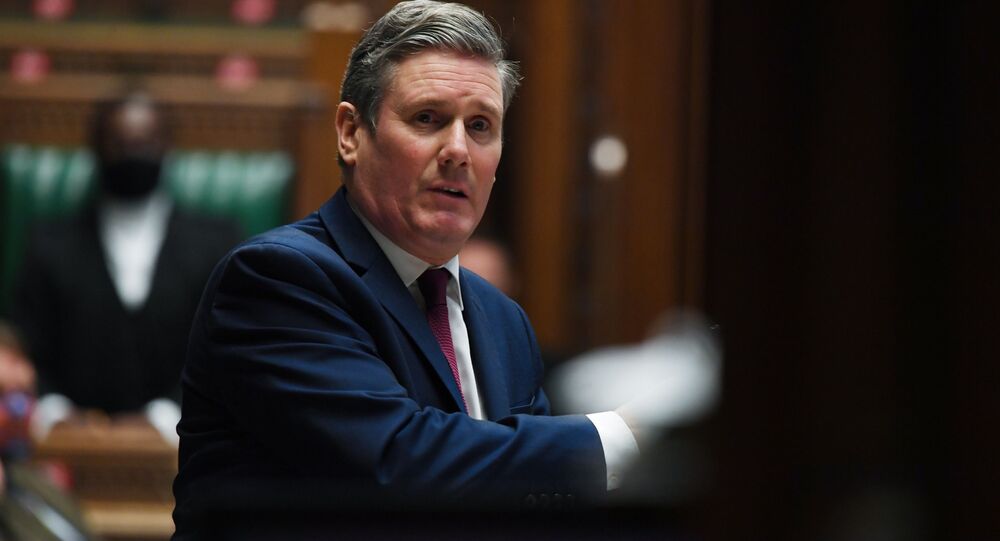 Keir Starmer is gearing up to deliver a speech on Thursday where he will set out a blueprint of new policies for the Labour Party, slam Prime Minister Boris Johnson’s “failed Conservative ideology”, while fending off growing criticism, reports The Independent.

The Labour leader will pledge to be as bold as when the party ‘built the NHS and the welfare state’, as he lays out his strategy for the nation’s recovery from the coronavirus pandemic.

In the speech, to be delivered from Labour headquarters in London by video-link, he is reportedly to refer to the crisis sparked by COVID-19 as “a call to arms” similar to the challenge of 1945, claiming that there will be “no return to business as usual” after the pandemic.

“A call to arms – like the Beveridge Report was in the 1940s. A chance to diagnose the condition of Britain and to start the process of putting it right. That’s the path I would take in the March Budget,” Starmer will say.

The Beveridge Report, drafted by Liberal economist William Beveridge, was a government report, published in November 1942, in the midst of World War II, that was influential in the founding of the welfare state in the United Kingdom.

Keir Starmer will also reportedly draw a parallel with how Clement Attlee resurrected Britain from the ruins of war. The British politician served as Prime Minister of the UK from 1945 to 1951 and Leader of the Labour Party from 1935 to 1955.

“I believe people are now looking for more from their government – like they were after the Second World War,” Keir Starmer, a former lawyer who has served as Leader of the Labour Party and Leader of the Opposition since 2020, will say, writes the outlet.

Starmer’s speech comes ahead of this year's Budget, set to be delivered by Chancellor Rishi Sunak on 3 March amid the coronavirus pandemic and crippling economic fallout from it.

As the chancellor of the exchequer makes a Budget statement to the House of Commons, outlining the government's plans, Labour has already been putting pressure on ministers and slamming the Conservatives for creating an "insecure and unequal economy" that has been "cruelly exposed by the virus".

"To invest wisely and not to spend money we can't afford. Those are my guiding principles. But I think that Covid has shifted the axis on economic policy: both what is necessary and what is possible have changed…The age in which government did little but collect and distribute revenue is over. The mistakes of the last decade have made sure of that,” the Labour leader is on track to state.

The Party’s demands to the government include extending the weekly £20 increase to universal credit benefits, introduced at the start of the pandemic, beyond 31 March; extend the business rates holiday and VAT cut offered to firms in the leisure and hospitality sectors beyond April; and provide local councils with "the funding they need" to avoid having to raise council tax by up to 5 percent.

“In a few weeks’ time, we will have a Budget that will be a fork in the road… We can seize this moment and go forward to a future that is going to look utterly unlike the past. That choice will define the Budget and it will define the next election.”

Starmer Under ‘Barrage of Criticism’

The speech comes as the Labour leader has come under growing criticism. Keir Starmer has led the Party since taking over from Jeremy Corbyn, who resigned in the wake of Labour's worst general election defeat since 1935.

Corbyn's allies within the left wing of the party have accused Starmer of fomenting division within party ranks and “attacking the left with a wave of unjust suspensions” of party members, according to a Huffington Post report.

"Many feel our leadership has taken the fight to its own members more than it has to a Tory government responsible for one of the worst coronavirus death rates in the world."

Former leader Jeremy Corbyn was suspended by Labour after saying the scale of anti-Semitism had been “overstated” by the party’s opponents, after the Equality and Human Rights Commission report was issued in 2020. While Corbyn was later readmitted, Starmer has refused to allow his predecessor back into the Parliamentary Labour Party.

Furthermore, The Guardian earlier in February reported on a leaked strategy document which alleged that Labour was considering radical rebranding to focus on patriotism, the Union flag and veterans’ causes in an effort to win back “Red Wall” seats that fell to Conservatives in the 2019 election.

In any case, Keir Starmer is set to face a test at the ballot box in May, during elections to councils and city halls.