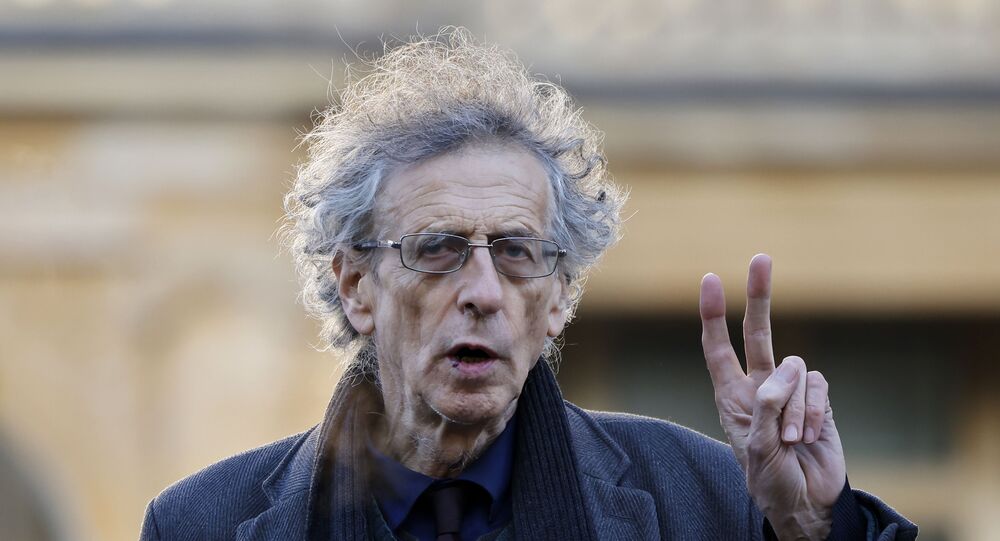 Piers Corbyn insists that he voluntarily went to a police station in central London on Wednesday and was then arrested on suspicion of malicious communications and public nuisance.

The older brother of former Labour leader Jeremy Corbyn has rejected accusations of anti-Semitism after he was detained in Southwark in central London over sending out leaflets that compared the UK's COVID-19 vaccine rollout to Auschwitz.

In an interview with the Daily Mail, Piers Corbyn, a coronavirus conspiracy theorist, described his arrest as "an absurd attack on rights of free expression".

"Any suggestion that I'm anti-Semitic is absurd given I was married to a Jewish woman for 22 years", the 73-year-old said, adding that he had employed Jewish people, one of whom was "a superb worker".

The remarks come after Scotland Yard officials stated that the leaflets "contained material that appeared to compare the COVID-19 vaccination programme with the Holocaust".

The flyers reportedly show a drawing of the gates of Auschwitz, a Nazi concentration camp, where the infamous "Arbeit Macht Frei" sign - which means "work sets you free" - has been replaced by the phrase "Vaccines are safe path to freedom".

© AFP 2021 / VICTORIA JONES
UK Rejects 'Vaccine Nationalism,' Could Aid EU in Vaccine Rollout Once Vulnerable Brits Protected
An investigation into the incident is under way, with Piers Corbyn saying that he had offered a "full rebuttal" to police at the station where he was detained on suspicion of malicious communications and public nuisance.

UK Prime Minister Boris Johnson has repeatedly touted the rollout of the COVID-19 vaccine as a major factor to tackle the pandemic and wrap up the country's third national lockdown.

On the other hand, numerous conspiracy theories claim that the coronavirus outbreak was masterminded by Miscrosoft co-founder Bill Gates in order to control the world's population. Some theorists even assert that the vaccines against SARS-CoV-2 contain microchips that will enable Gates to track everyone's movements and gain control of the entire population, allegations that the billionaire rejects.