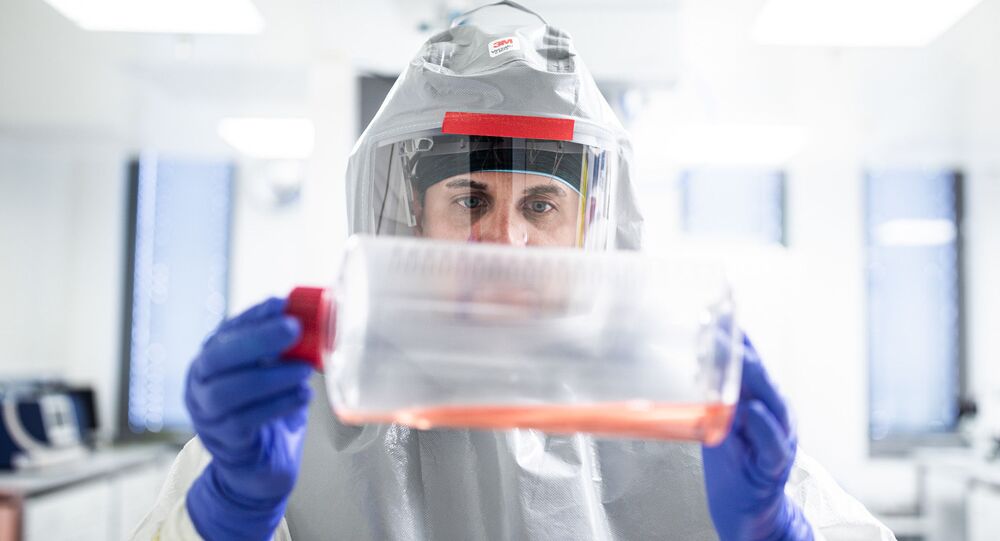 The new vaccine candidate by the French biotech firm Valneva has yet to receive regulatory approval in Britain but Downing Street has chosen to race ahead in the battle to secure supplies.

UK Business Secretary Kwasi Kwarteng confirmed on Thursday the order of 60 million jabs of “Valneva’s promising vaccine if it proves to be safe, effective and suitable in its clinical trials this year.”

“By starting manufacturing, we will have a running start at rolling these out as quickly as possible to protect the British public if it receives regulatory approval. This facility in Scotland, backed by millions from the Government, will help us beat coronavirus and boost our resilience against future pandemics,” Kwarteng said.

The manufacturing site for the vaccine, situated at Livingston in Scotland’s West Lothian, has received a multi-million-pound joint investment boost by the UK government in 2020 in order secure early access to Valneva’s vaccine by the end of 2021.

The government said that a further 130 million doses could be required, given that the vaccine proves to be safe, effective and suitable.

Currently, the Valneva Convid-19 vaccine candidate is in phase I/II trials and will still need to meet safety requirements before its rollout at the end of 2021.

UK Prime Minister Boris Johnson called the secured deal “brilliant,” while UK Health Secretary Matt Hancock said the Valneva vaccine could be “another vital tool in our fight against this virus”.

It’s brilliant that @ValnevaSE is starting the large-scale manufacture of its potential vaccine, creating 100 high-skilled jobs at their Livingston facility.

We’ve secured 60m doses due to be delivered by the end of the year if it is approved for use.https://t.co/4pDUbczlVl

The start of manufacturing in Livingston today is another fantastic example of the strength of our Union, as we work together as one United Kingdom to tackle the virus 🇬🇧

​Valneva was founded in 2013 and is headquartered France. The company’s CEO Thomas Lingelbach thanked the UK Vaccines Taskforce and National Institute for Health Research for the rapid recruitment and enrollment of the volunteers for the vaccine’s clinical study.

The announcement of another vaccine to become available in the UK comes amid a row over an already approved vaccine by the British-Swedish pharmaceutical company AstraZeneca. The European Union has demanded that AstraZeneca clarify how it plans to supply the bloc with reserved doses of COVID-19 vaccine from plants in Europe and Britain. The EU has asked the company if it could divert doses from the UK to make up for a shortfall in supplies.

Commenting on the situation, Minister for the Cabinet Office Michael Gove said in an interview with the LBC Radio that while a “cooperative dialogue” with European partners should be fostered, Britain needs to ensure that the “vaccine supply that has been bought and paid for, procured for those in the UK, is delivered.”

​The UK, China and the US have been ahead of the European Union in rolling out a vaccine, with Britain having more than 7.1 million people receive at least one dose of the vaccine.

While the EU - with its population of 450 million – has secured deals for six different vaccines, its regulatory bodies have only approved vaccines by Pfizer and Moderna.