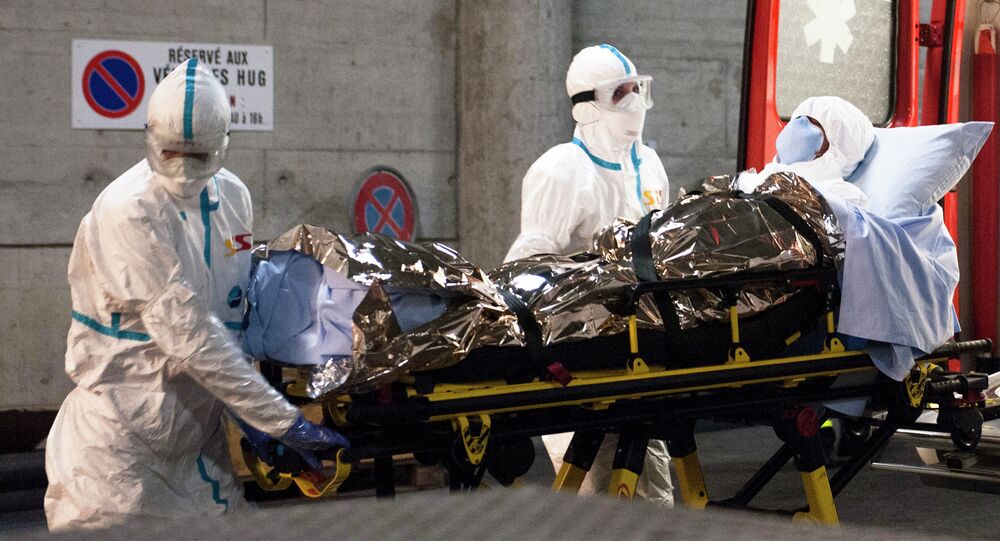 Cuban medical teams have been deployed in countries all around the world in an international effort to help curb the spread of coronavirus.

A member of the UK House of Lords officially nominated the Henry Reeve Cuban medical brigade for the 2021 Nobel Peace Prize on Saturday.

Lord John Hendy proposed that since the formation of the medical brigade in 2005, thousands of Cuban health workers have aided millions of victims of natural disasters and pandemics, including those caused by Covid-19 and cholera.

Over 3,700 Cuban health workers have volunteered in 39 countries to help fight COVID-19 in 2020.
I think they deserve the Nobel Peace Prize for their selfless humanitarianism saving lives and promoting cooperation between nations. If you agree, sign here https://t.co/IRQYjoBRZJ

​The British parliamentarian described the Cuban humanitarianism group as inspiring and lauded its solidarity and cooperation amid the ongoing global crisis.

Lord John Hendy, who is also a veteran labour and trade union lawyer, is the third member of the House of Lords and the 18th British MP to call for the Henry Reeve Medical Brigade to be given a Nobel Peace Prize.

Eight British academics have also made formal requests for the Cuban health workers to be presented the award.

Cuban doctors have been praised for their international aid work since the beginning of the pandemic last year. According to the petition on Cuba-Solidarity.org, "more than 3,700 Cuban doctors, nurses, and technicians have volunteered alongside health workers in 39 countries to fight the COVID-19 pandemic".

"They are members of Cuba’s Henry Reeve International Medical Brigade which has saved more than 80,000 lives worldwide since its formation in 2005."

According to the requirements set out by the Norwegian committee responsible for assigning the Nobel Peace Prize, nominations can be made by parliamentarians, academics, magistrates of international courts, previous recipients of the award, as well as active or retired members of the committee.