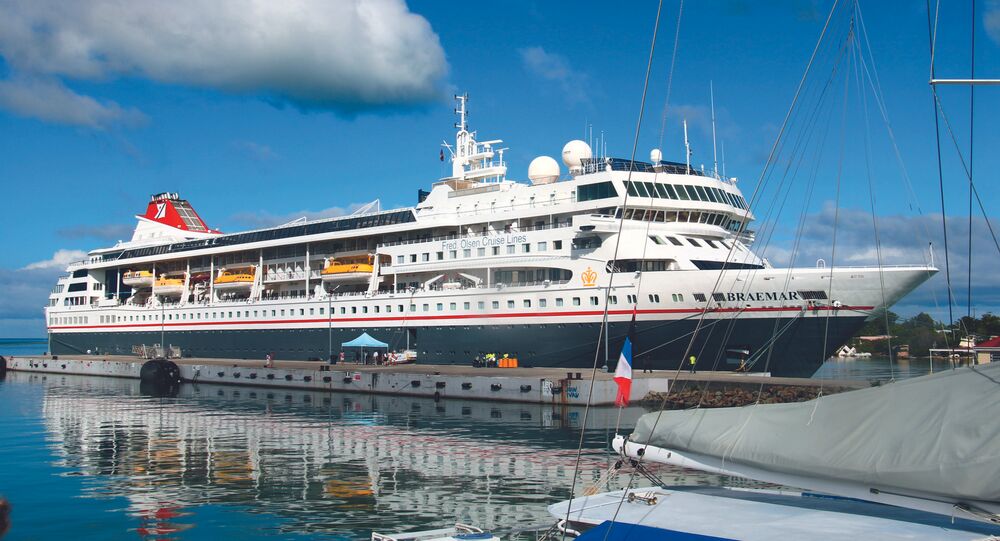 The news comes after a similar incident aboard the Diamond Princess cruise liner near Japan, resulting in the first British casualty of the pandemic in late February.

"We are working around the clock to arrange evacuation flights from Cuba to the UK as soon as possible for passengers on the Braemar cruise ship," an FCO spokesperson said.

Evacuations were being coordinated with the Ipswitch-based company and passengers were advised to follow their instructions, the spokesperson said, adding that government officials would continue updating UK citizens on board "as the plans progressed".

— Office of The Prime Minister The Bahamas (@opmthebahamas) March 14, 2020

The update comes after the cruise liner was left stranded in the Caribbean after numerous countries, including Barbados and the Bahamas, refused entry to ports last week, according to reports.

Fred. Olsen has also begun issuing regular updates on its website, stating that it was working with the FCO to confirm details about travel arrangements. A dedicated Relative Support Team has also been set up at the company's UK head office.

"We would ask you to bear with us while we make these arrangements, and will confirm further details as soon as we have them. We are working closely with Public Health England to clarify any necessary requirements for guests once they return to the UK," the spokesperson added.

Havana and London were holding talks about the cruise ship, a diplomatic source in Cuba told CNN on Sunday.

Cuban officials said they comprehended "the difficult situation these passengers find themselves in", adding they would allow the ship to dock due to "humanitarian concerns" and need for "a shared effort to confront and stop the spread of the pandemic".

The news comes after 22 guests and 21 crew members were isolated after showing flu-like symptoms, Fred Olsen announced on  Monday. A total of roughly 650 people, including the pilot, captain and crew, remain on board.

A small number of people tested positive for the virus last Tuesday, including four crew members and one guest. Ship captain Joso Glavic announced on Monday Morning that he was sailing to Cuba, where guests would be repatriated back to the UK.