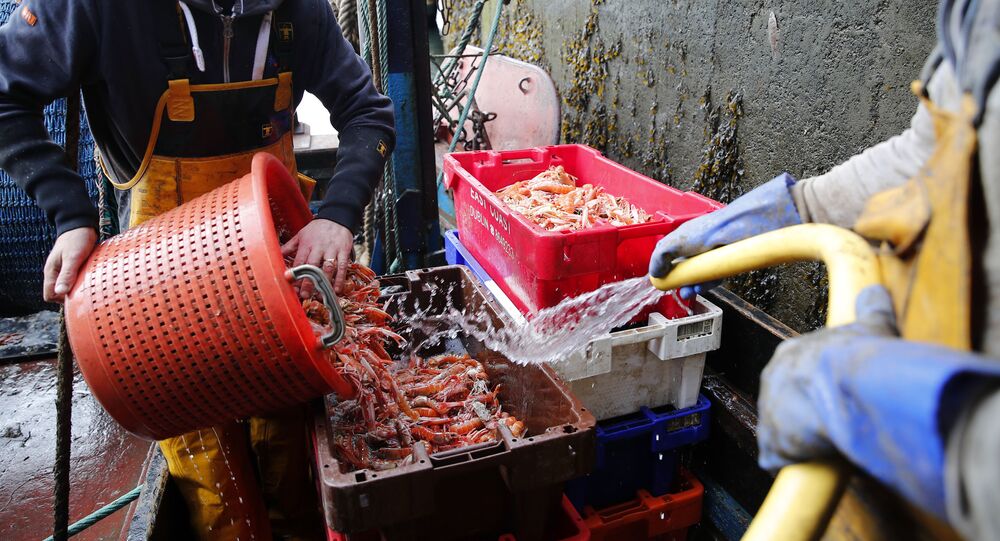 The United Kingdom had managed to finalise its deal with the European Union in the last weeks of December as the Brexit transition period was about to end. But even with the deal, the relations between the two parties have become severely more complicated following their divorce.

A number of Scottish fishermen were forced to put their exports to the European Union on hold amid the bureaucratic disarray that strangled the process of delivering fresh oysters, lobsters, scallops, and mussels to the mainland following the end of the Brexit saga, Reuters revealed.

After the introduction of health certificates and customs declarations, it now takes exporters at least three days and additional costs to send their valuable cargo to EU states, the business owners revealed after testing the new system in the first days of January after the Brexit deal came into force.

They pointed out that even with small deliveries, it took them hours to obtain a health certificate in Scotland required for other customs documents.

A director of Aegirfish, a wholesaler that exports seafood to Europe from Scottish fleets, added that the company would also now have to pay hundreds of pounds per day to fill in the paperwork for customs, effectively putting most of its profit in jeopardy.

As once overnight deliveries from Scotland into France were delayed by several days, the exporters called the situation catastrophic.

"Our customers are pulling out," Santiago Buesa from Scottish seafood exporter SB Fish revealed to Reuters. "We are fresh product and the customers expect to have it fresh, so they're not buying. It's a catastrophe.”

​The chaos prompted the DFDS Scotland, the country’s fishing industry's largest provider of logistics to take “extraordinary step” on Thursday to halt exports of a number of products until next week to fix the issues with paperwork and IT that have arisen during the last week.

“It’s a perfect storm for Scottish seafood exporters. Weakened by Covid-19 and the closure of the French border before Christmas, the end of the Brexit transition period has unleashed layer upon layer of administrative problems, resulting in queues, border refusal and utter confusion,” the CEO of Seafood Scotland said in a statement.

The exporters have now been voicing concerns on whether it is feasible for them to continue the business as it has becomes clear that the food industry will face a great number of challenges and complications after Britain’s departure from the bloc.

The United Kingdom officially left the European Union on 31 January 2020 but has been trying to make the departure orderly by securing a deal with the bloc, which they have been discussing for the last 11 months.

After long deliberations and challenges related to common governance, fishing quotas and level playing field issues, the two managed to agree upon an overarching trade agreement on 24 December. UK Prime Minister Boris Johnson called the deal “fantastic” and delivering “everything that the British public was promised during the 2016 referendum.”