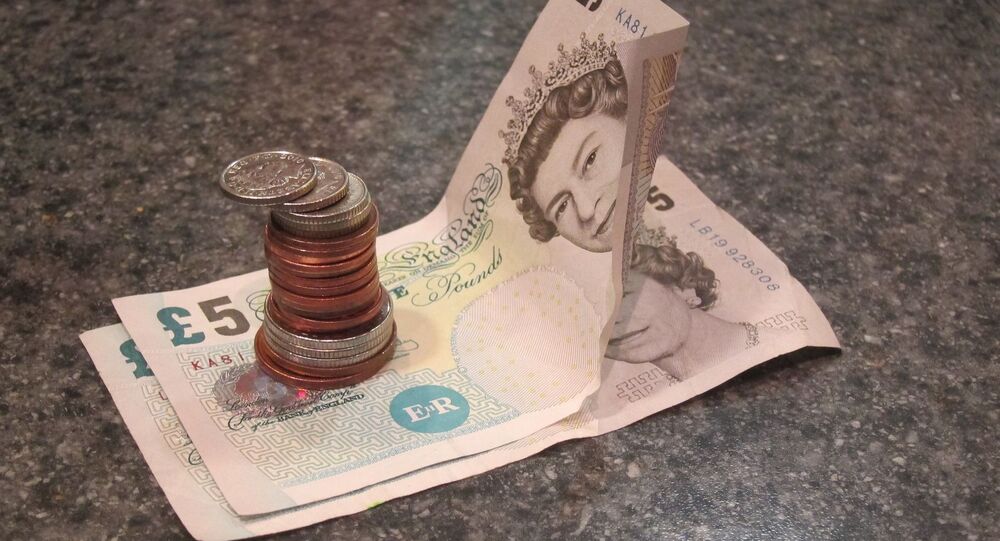 MOSCOW (Sputnik) - The United Kingdom’s economic outlook looks to be bleaker than predicted by official surveyors just several weeks ago due to unforeseen factors in the pandemic, a thinktank concluded in a report published Monday.

According to the Resolution Foundation’s regular Macroeconomic Policy Outlook, the UK’s economy is set to be a full six percent smaller by early April than predicted by the Office for Budget Responsibility (OBR) last month. This lowered prediction is due to the strict lockdowns and the new, more infectious strain of the coronavirus.

The foundation further diverged from the OBR’s November predictions by estimating 2021’s economic growth to come in at 4.3 percent, rather than the more optimistic 5.5 percent. The official statistics were drawn up before the new strain was announced, just as the UK began rolling out its vaccine program, the report said, explaining its rosier outlook at economic recovery.

The report went on to say that widespread vaccination would lead to a sharp decline in fatalities which would boost optimism and consumer confidence. The largest increase in spending would come from higher-income households splurging on the hospitality sector.

The foundation warned that although this would contribute to a growth in overall GDP, policymakers must remain aware that this does not mean overall economic recovery. Sustained unemployment at high rates would undercut household savings and subsequent consumption in a number of sectors even as GDP figures begin to recover.

© AP Photo / Matt Dunham
UK to Remain World's 5th Largest Economy and Will Widen Lead Over France Despite Brexit, Report Says
The foundation predicted a rebound in social activity akin to the so-called roaring ’20s of the previous century when the passing of the 1918 flu pandemic spurred people to return to socialising and spending in a big way.

UK authorities have imposed the strictest Tier 4 lockdown measures over nearly half of England’s population, including all of London, as the new strain of the coronavirus drives a new wave of transmissions. Scotland and Wales also have nationwide lockdowns in place over the holiday season with restrictions on household mixing and interregional travel.