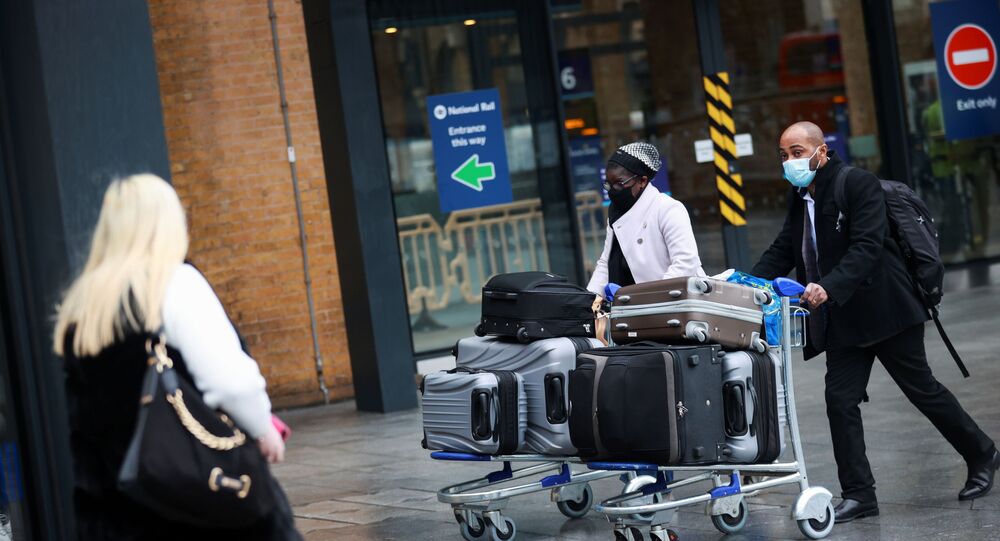 MOSCOW (Sputnik) - The United Kingdom’s GDP rebounded by a record 16 percent in the third quarter of the year but remains 8.6 percent below what it was last year, official data shows.

According to the Office of National Statistics (ONS), the rebound points to the return of economic activity after the first lockdowns were lifted in the second quarter.

This was the largest single-quarter increase since records began in 1955, the bureau said.

Government borrowing decreased somewhat from the second quarter record high, but still made up a significant 12.9 percent of GDP, or 25.8 billion pounds ($34.5 billion), as it continued to furlough workers as part of its Job Retention Scheme, among other expenditures.

Consumer spending also rose in the three-month period between July and September owing to encouragements to help local businesses and restaurants and avoid travelling abroad for vacations, the office explained.

The tentative recovery over the third quarter, however, may be undone in the last quarter, which saw back-to-back lockdowns in much of England, the UK’s economic powerhouse by some measure. The discovery of a new strain of the coronavirus and subsequent measures in late December effectively cancelled the Christmas season, the most lucrative period for many retailers and businesses.