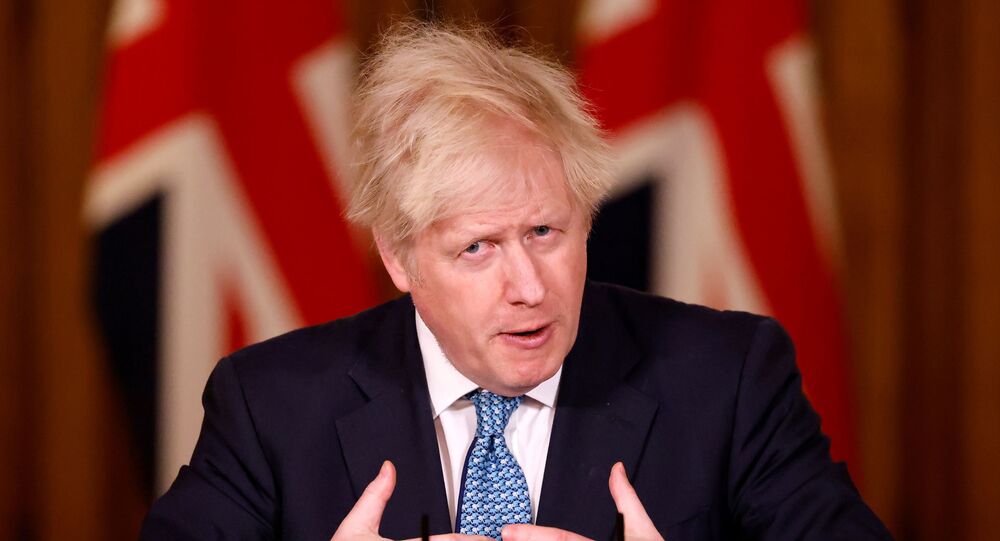 Comedy band The Kunts known for their strong-worded tracks earlier unveiled a quite blatant but not very wordy musical attack against UK Prime Minister Boris Johnson. The single seemed to have gathered a strong endorsement from British public.

‘Boris Johnson Is A F***ing C**t’ song is on the way to reach top spot in the UK iTunes chart, leaving behind traditional holiday tune 'All I Want For Christmas Is You' by Mariah Carey and the current No 1 Ladbaby's 'Don't Stop Me Eatin'.

The song, recorded by British comedy group The Kunts, once even peaked to second position at British segments for iTunes and Amazon Music, and at present features in third place on both charts.

The one-minute-twenty-seconds track does not tell its listeners much more than is already contained in the title, but with ongoing Brexit talks, COVID lockdown restrictions and other issues the Brits are currently “enjoying”, it seems to have hit the spot and that many have shared the vibe.

Just a few days before Christmas, there is a big possibility that the song would eventually crush the charts and capture the prestigious title of Christmas Number One single – something Black Mirror creator Charlie Brooker had anticipated back in October in a cryptic Twitter post.

​The Kunts, created by comedian Mike Gibbon, also gave their intention to tour in the upcoming year, potentially giving the public a chance to hear their new favorite live.