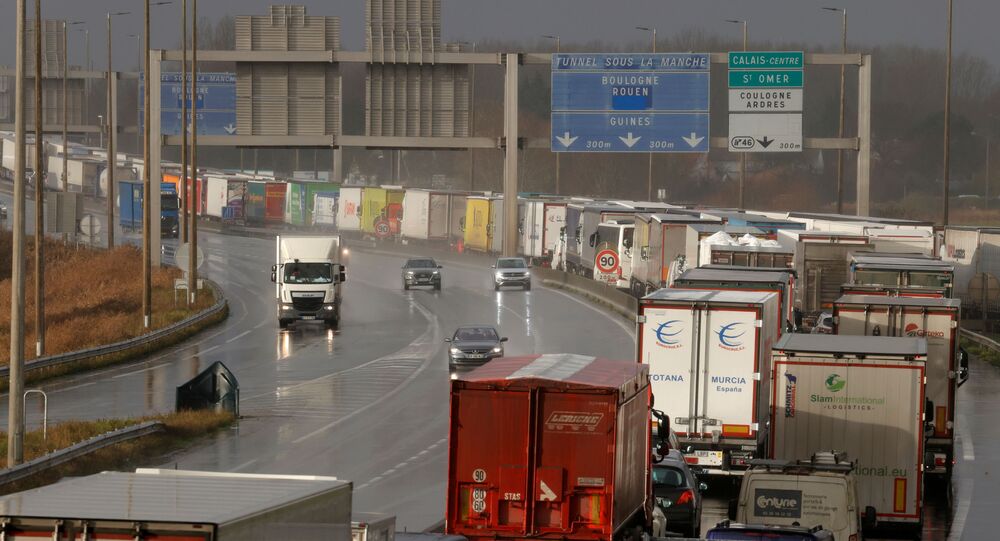 Parliamentarians in Westminster and Brussels want oversight of an EU-UK trade deal, but with time running out before the post-Brexit transition period ends on January 31, leaders of the bloc's 27 member states could sign off on an agreement, while the British parliament would have to rush through a vote with minimal debate.

A leading Tory Brexiteer has warned Prime Minister Boris Johnson against trying to "bounce" backbenchers into supporting a "bad" trade deal with the European Union (EU).

Wycombe MP Steve Baker, chairman of the powerful European Research Group (ERG) faction in the Conservative Party, took to Twitter on Friday to caution Downing Street against any last-minute deal that would "fall apart" under scrutiny.

Leader of the House Jacob Rees-Mogg, another leading Brexiteer, announced to the House of Commons on Thursday morning that Parliament would rise that day for the customary Christmas break, but warned that MPs could be called back to approve a trade agreement with the EU before the post-Brexit transition period expires on January 31.

Baker's tweet was in response to rumours repeated by a Eurasia Group researcher Mujtaba Rahman that Downing Street was deliberately delaying a trade deal until the last minute to stop lawyers for the ERG from scrutinising it.

But Financial Times chief political correspondent tweeted a comment from an un-named Tory MP, who accused the ERG of "conspiracy theories" and a willingness to self-immolate in the pursuit of a "pure" Brexit.

​On Monday, North Thanet MP Sir Roger Gale broke ranks with the other 363 Conservative MPs to demand Johnson resign if the UK leaves without a deal – apparently regardless of whether that was the fault of the PM, the European Commission, Parliament or any of the 27 member state governments which wield an effective veto over it.

A similar drama has been playing out in in Brussels, where the European Parliament demanded a deadline of Sunday for any deal to allow MEPs to scrutinise and debate it in detail.

But German MEP Manfred Weber, an ally of German chancellor Angela Merkel's Cristian Democrats and leader of the largest, conservative, European People's Party bloc won the vote for a deadline in the Euro-parliament on Thursday.

But the Daily Telegraph quoted an EU diplomatic source who said the European Council, a gathering of national leaders from the 27 member states, could simply sign off on the deal before January 1st and leave the bloc's parliament to rubber-stamp it in the New Year.

"The treaty is clear. The Council can decide on provisional application without the European Parliament," the source said.  “We will endeavour to keep them on board of course but if that’s the only way to an operational deal the member states will be looking to the treaty.”

Despite almost daily reports of progress in the talks between British chief trade negotiator Lord David Frost and the European Commission's Michel Barnier, Johnson has warned that major differences remain on the perennial sticking points. They include EU demands for the UK continue to follow its rules and regulations and allow indefinite access for continental fishing fleets that take the lion's share of the catch from British waters.

Brexit Party leader Nigel Farage, who led the 2016 referendum campaign to leave the EU, said on Friday an obvious "deal-breaker" was Barnier's threat to "react" to the UK taking back control of its waters by restricting exports of fish to the bloc – effectively imposing sanctions.

The former French fisheries minister made those comments in a speech to the European Parliament on Friday morning.

​“If the UK then wants to cut access to these waters for European fishermen, at any given time, then the European Union also has to maintain its sovereign right to react or to compensate by adjusting the conditions for products, and especially fisheries products to the single market," Barnier said.

Nicolas Raymond
US, UK Signs Customs Agreement Set to Take Effect After EU Exit
“On a personal note, I don’t think it would be fair, not acceptable, if European fishermen were not allowed, following transitional rights, to have access to those waters when the rest of the agreement, especially applying to companies from the UK, would remain stable in their rights, so that wouldn’t be fair, that wouldn’t be honest.”

And Barnier repeated the EU mantra of "nothing is agreed until everything is agreed", reiterating the bloc's desire for a 'kitchen sink' deal governing ever aspect