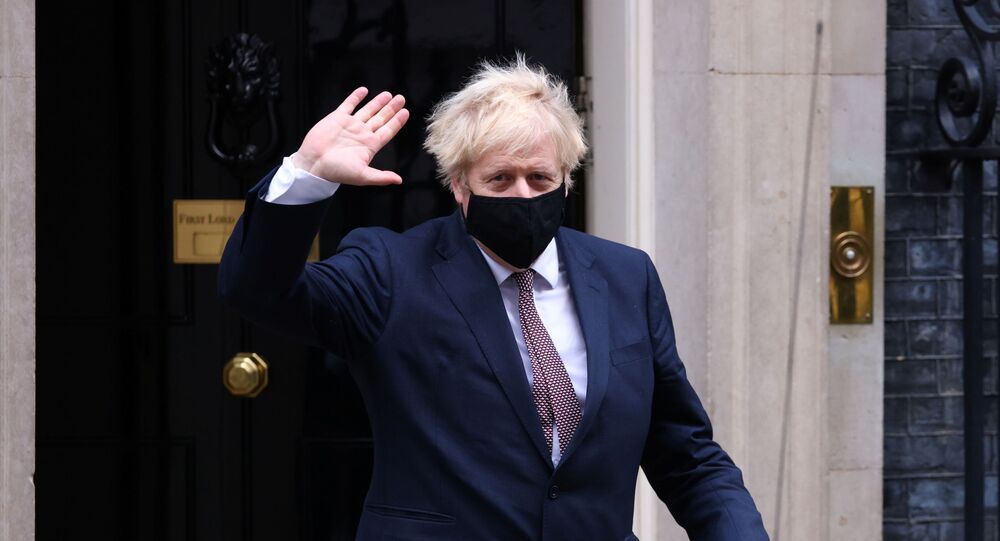 While the currently-imposed nationwide lockdown is set to expire on Wednesday, Johnson has triggered anger among many MPs with his intention to introduce new COVID-19 restrictions after 2 December.

UK Prime Minister Boris Johnson says that the COVID-19 restrictions are set to be lifted no earlier than 3 February, media reports indicated on Saturday.

Johnson said that despite a downward trend in infections, they are still at a high level, which calls for imposing the so-called "tougher tiers" - stricter COVID-19 measures. The parliament will first be able to vote on them on 16 December after the government will have a "fuller picture" of the measures' impact on the epidemiological situation.

"These regulations will therefore have a sunset of 3 February", the British PM wrote in a letter to his colleagues.

After the fourth review in late January, the MPs will determine if the measures should be lifted, or will stay in place until the end of March, Johnson wrote.

Full PM letter to Tory MPs on tiers promises:
- to take “local views” into account when restrictions are reviewed fortnightly
- a full economic cost-benefit analysis of tiers before Tuesday’s vote
- a “sunset” of 3 February for restrictions

Is it enough to win over rebels? pic.twitter.com/prMtA9orWV

So far, Johnson has advocated for the return to the three-tiered approach, originally introduced in October, as the best way to curb the spread of the novel coronavirus in the UK. The three-tiered system implies that the major cities of Manchester, Birmingham, and Nottingham, as well as the county of Kent, will all fall into tier 3, the highest tier with the strictest measures.

The three-tiered system was introduced in October before the nationwide COVID-19 lockdown entered force on 5 November, prompted by a surge in the number of coronavirus cases. At the time, the UK was registering roughly 25,000 new infections daily.

At the same time, British media report that easing coronavirus-related restrictions should not be expected until Easter, even if Britons receive the vaccine against the virus. Johnson himself said that while mass vaccination would allow the government to lift the restrictions, Britain will first have to overcome the winter season.