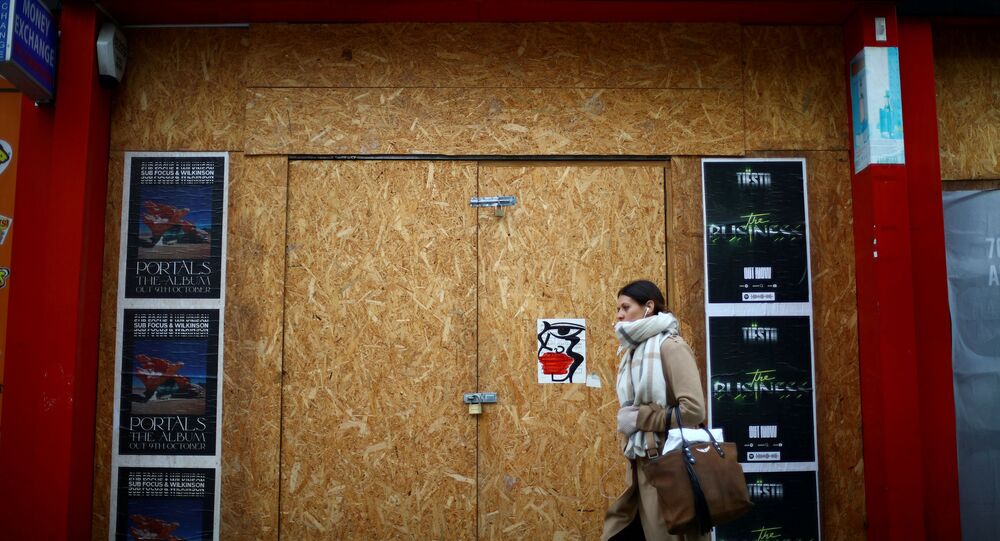 Britain May Remain Under COVID-19 Restrictions Until Easter, Media Claims

The UK has been in nationwide lockdown since the beginning of November in response to a spike in new COVID-19 cases. Now that the surge has eased, the UK is expected to emerge from the introduced restrictions and go back to a three-tier system which has different guidance depending on the severity of the situation where you live.

The coronavirus-related restrictions are expected to stay in place up until Easter, Sky News reported citing senior sources familiar with the matter.

According to the sources, even if the population received inoculations against COVID-19 in late January, any return to normality in public life could only be expected no earlier than April.

"The Government has also been very clear that the restrictions will go to January and beyond", the sources stressed.

The news comes as UK Prime Minister Boris Johnson has advertised the COVID-19 three-tiered system as the best way to contain the surge of new cases.

© REUTERS / POOL
Boris Johnson’s New Tiers are the Tears of a Clown!

Under the system, major cities Manchester, Birmingham, and Nottingham, as well as the county of Kent, will be in tier 3, which has the strictest measures.

The plan, expected to be introduced after lockdown is lifted on 2 December, is forecast to be rejected by more than 50 rebel Government MPs.

The UK has registered 1,574,566 cases and 57,031 deaths making it the fourth most-affected nation in Europe in terms of cases and the worst country on the continent in for death.