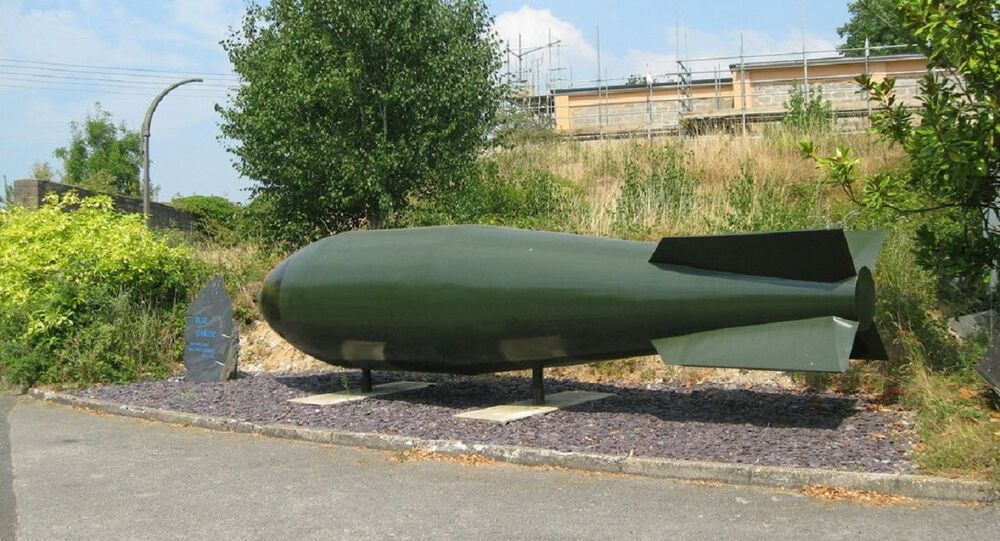 The construction of the base began in the early 1950s and was completed in 1955, becoming operational a year later. Around 200 people worked at the site, designed to store free-fall nuclear weapons.

Recently captured drone photos show spectacular images of the former Royal Air Force (RAF) base that stored parts of Britain's nuclear weapons during the Cold War. The photos show abandoned buildings and rusting structures that were once heavily guarded. As many as 57 warheads were housed in the hutches at RAF Barnham.

​The base was one of two facilities in the United Kingdom to store and mantain Blue Danube, a free-fall bomb with approximately the same yield as Little Boy, the weapon dropped on Hiroshima on 6 August 1945 that instantly killed around 80,000 people. It is believed that bomb casings and highly explosive elements of the weapons were kept in large buildings, while fissile cores were stored in small structures.

The base was protected by a double chain-link fence and a concrete wall with barbed wire on top. In 1959, the UK military tightened security and installed two watch towers around the perimeter.

However, RAF Barnham's life was short. It was only used for a few years and became obsolete in the early 1960s when free-fall nuclear bombs were replaced with standoff nuclear missiles.

In 1966, the base was turned into industrial units. Four years ago the Royal Air Force announced that it would close the site and dispose of it in 2022.