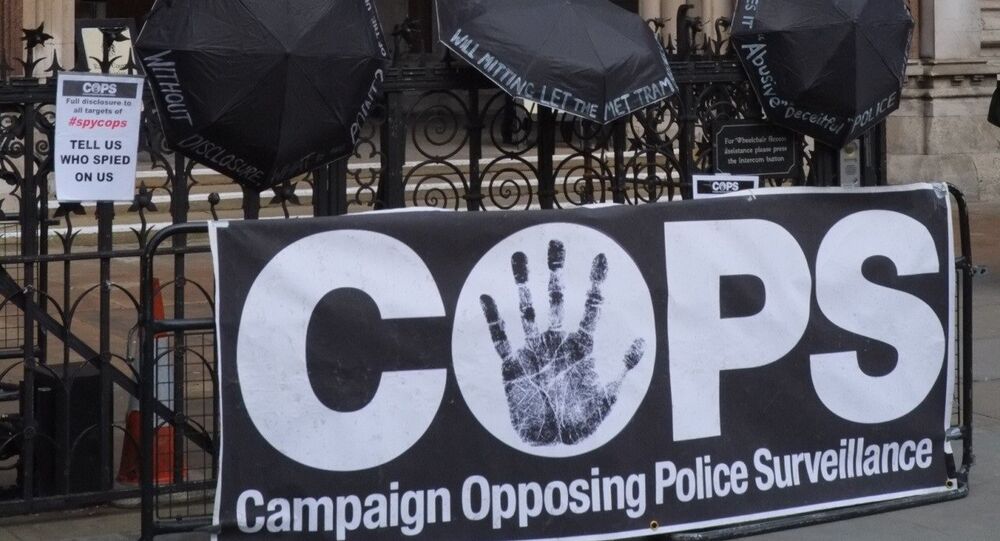 The Undercover Policing Inquiry has begun this week, after five years of preliminary investigation. It comes after allegations that for years undercover police officers and MI5 agents engaged in sexual relationships and other deceptions with people under surveillance.

A former undercover police officer who became a whistleblower has told the inquiry that in future the means of “state-sponsored deception” have to be justified by the ends.

Peter Francis did not appear in person but on Wednesday, 4 November, his lawyer David Lock QC, read out a statement on his behalf on the third day of the so-called Spycops Inquiry.

The inquiry was set up in 2015 by the then Home Secretary Theresa May after it emerged that dead children's identities had been used as cover names, women had been deceived into long-term relationships and undercover officers had even fathered children with activists before vanishing when their cover was blown.

​In the statement Mr Francis said it “beggared belief” the Women’s Liberation Movement or the Croydon Libertarians could have ever posed a threat to society.

Both groups have been identified as groups the Metropolitan Police’s Special Demonstration Squad (SDS) spied on in the 1960s, 1970s and 1980s, along with Justice for Rhodesia, Save Biafra and the Shrewsbury Two Defence Committee.

The SDS was disbanded in 2008 and in 2015 the Met apologised and settled seven claims from women who suffered from the “unacceptable behaviour” of a number of undercover police officers working for the SDS.

The inquiry, which is being held virtually, is hearing opening statements from the core participants, before moving onto actual evidence next year.

​In his opening statement Mr Francis said the systems in place now were totally different to those in place when he was an undercover officer but he said he still did not believe there was enough “judicial oversight” over undercover work and the deceptions involved.

Mr Francis said: “The system failed in numerous ways and the inquiry’s role is to ensure that it doesn’t fail in future.”

These were recognising the impact of deception on those who had not committed any serious crimes and offering them the opportunity for compensation; providing judicial oversight for undercover activities; providing a proper structure to enable whistleblowing without fear of breaching the Official Secrets Act; and offering psychological support for serving and retired officers.

​Two years ago Mr Francis said he would boycott the inquiry after it was agreed to give anonymity to many of the MI5 agents and police officers giving evidence.

Earlier this week the inquiry was told the Metropolitan Police deployed “bearded and unwashed” undercover male officers and “scruffy” female officers to spy on those protesting against the Vietnam War during the 1960s.