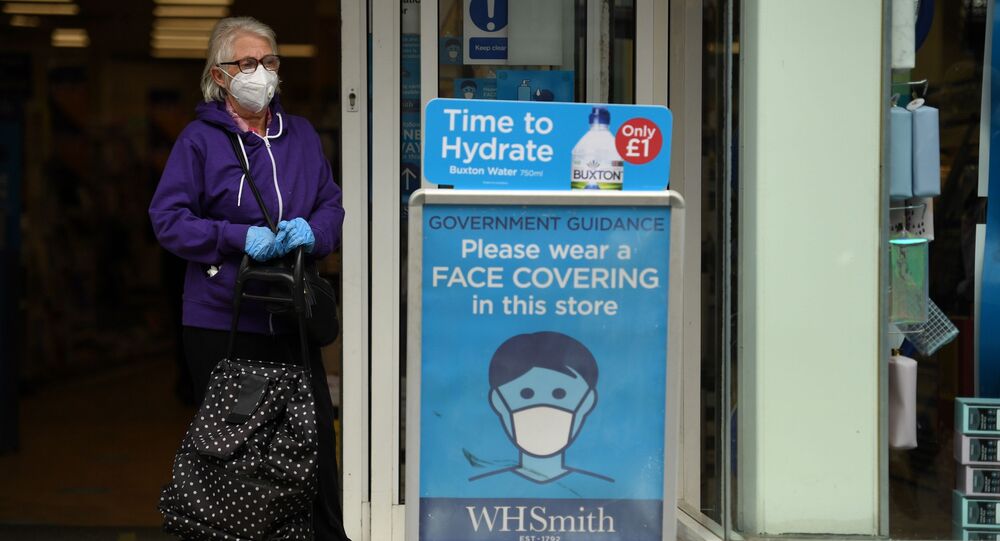 MOSCOW (Sputnik) - UK Labour leader Keir Starmer has said on Monday that his party will vote in support of reintroducing a nationwide lockdown in England in order to curb the second wave of COVID-19.

"It is now essential that tough national measures are taken to get the virus back under control, better late than never. Labour will provide the votes the prime minister needs to be sure of getting this through parliament, but we will also be clear. It must be accompanied by a comprehensive economic support package", Starmer said during a keynote address at the Confederation of British Industry's (CBI) annual conference.

The Labour Party had called for a short-term nationwide lockdown, also known as a "circuit-breaker," as early as mid-October. Prior to Saturday's announcement, Johnson's government had proposed a regional approach, in order to avoid a national lockdown.

During his address, Starmer also slammed Johnson and the chancellor, Rishi Sunak, accusing them of failing to lead during the COVID-19 pandemic.

"One of the things I've learned from this crisis is that it exposes leadership like nothing else. On that count, the prime minister and the chancellor have failed. They failed to learn, they failed to listen, and they failed to lead. The result is tragic but all too predictable", Starmer remarked.

UK Prime Minister Boris Johnson announced on Saturday that England would be placed in a one-month lockdown from Thursday, should the House of Commons support the proposed measure in a vote on Wednesday.

Johnson pulled out of his planned appearance at the CBI annual conference, as he continues planning to address members of parliament ahead of the Commons vote on the lockdown.

Since the start of the pandemic, more than 1.03 million cases of COVID-19 have been registered in the United Kingdom, resulting in the deaths of 46,717 people. On Sunday, the Department of Health and Social Care added 23,254 new positive tests to the UK's case total.