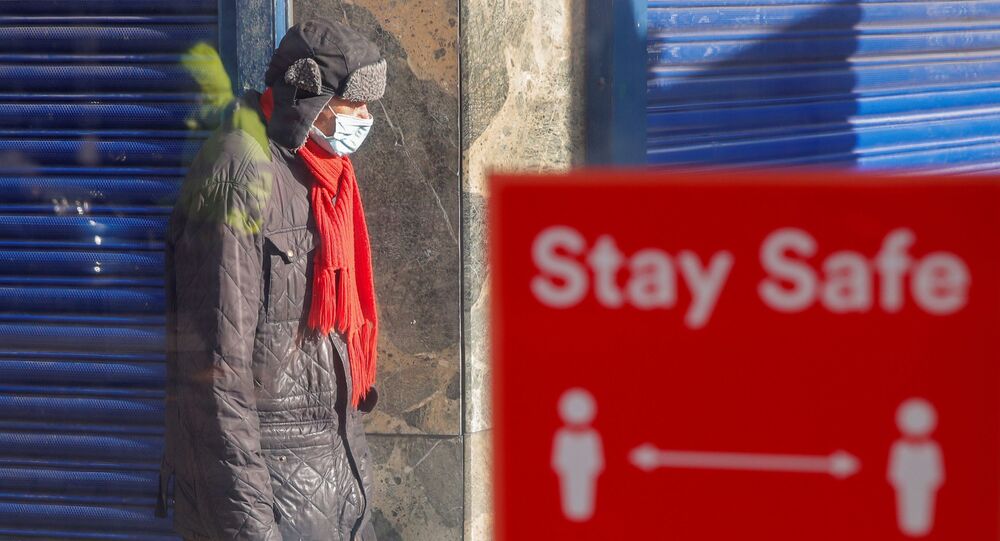 The second wave of the COVID-19 pandemic in the United Kingdom in recent weeks has seen the infection numbers surpass those registered in spring, and led to a three-tier restriction system across the country.

The UK government is under pressure to come up with a national strategy to curb the spread of the COVID-19 pandemic as scientists warn the number of infected people could almost triple by the end of next month unless action is taken.

"With our current measures, there's little evidence that there is as much social distancing as there was when we clamped down on the first wave and so we know that the risk is significant that cases will continue to grow," former chief scientific officer Mark Walport told the BBC.

According to scientists, there are about 96,000 new COVID-19 cases every day and the outbreak is doubling in size every nine days.

"Our data shows there's no reason to expect that exponential rise to change for the next few weeks regardless of what we do. New cases will turn into hospitalisations," Steven Riley, a professor of infectious disease dynamics at Imperial College London, said.

He doubted whether newly imposed restrictions in northern England would be enough to prevent the spiralling spread of the coronavirus infection.

Across the whole of the United Kingdom, 24,701 new positive tests were registered by the Department of Health and Social Care on 28 October, taking the country's case total to 942,275. Public health officials also registered 310 new fatalities, taking the cumulative death toll to 45,675.

© REUTERS / TOBY MELVILLE
COVID-19 Live Updates: UK Records 23,012 New Coronavirus Cases in 24 Hours
Earlier in October, the UK government placed Merseyside, Greater Manchester, South Yorkshire, and Warrington in tier 3, which forbids all household mixing, whether indoors or outdoors, and has led to the closure of pubs, restaurants, bookmakers, and casinos.

The three-tier lockdown rule, adopted by the Boris Johnson government, stipulates three levels of restrictions. Tier 1, or the medium level, means gatherings of over 6 people are banned and a 10 p.m. closing time for pubs. Tier 2, or the high alert, prohibits citizens from mixing with other households indoors. And tier 3, or 'very high' alert level means the strictest measures, including a ban on mixing between households and closure of all pubs and bars.