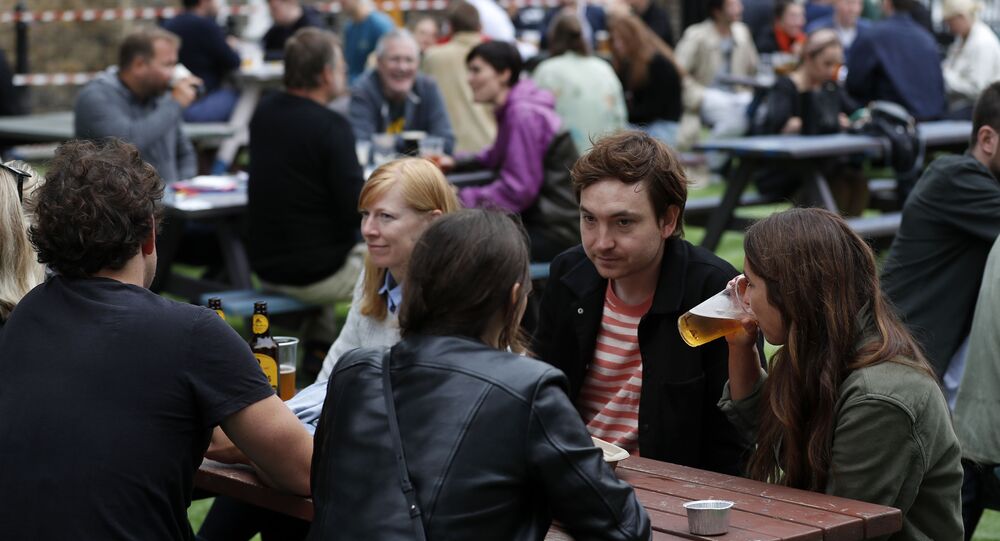 MOSCOW (Sputnik) - The UK government's curfew that forces restaurants and pubs to close at 10:00 p.m. should be lifted in London now that the city has been placed in tier 2 of England's new three-tiered COVID-19 alert level system, the mayor of the UK capital, Sadiq Khan, said on Tuesday.

He added that scrapping the curfew would help businesses survive the pandemic.

"Now London and other parts of the country have moved into Tier 2 and higher restrictions, which prohibit household mixing, the current 10pm curfew policy makes even less sense and should be scrapped," Khan said in a statement.

According to the mayor, the current measures have led to revellers gathering on the city's streets once pubs close, and by lifting the curfew, more people would be able to patronize venues, giving the hospitality industry a vital boost.

"Immediately scrapping the 10 pm curfew would allow more sittings of single households in restaurants throughout the evening, helping with cashflow at a time when venues need all the support they can get," Khan stated.

London was moved into tier 2, or alert level high, this past Saturday. The UK capital had previously been in tier 1, or the lowest alert level, and the new measures have introduced a ban on indoor social gatherings among members of different households.

According to data published by the London mayoral website, 8,830 new cases of COVID-19 were identified in the UK capital from October 5-11, a 31.5 percent rise from the preceding week.

UK Prime Minister Boris Johnson introduced the new three-tiered alert system for England on October 12 as the country looks to combat the second wave of its COVID-19 outbreak.

On Monday, the Department of Health and Social Care reported 18,804 new positive tests across the whole of the UK, up from 16,981 on the previous day.