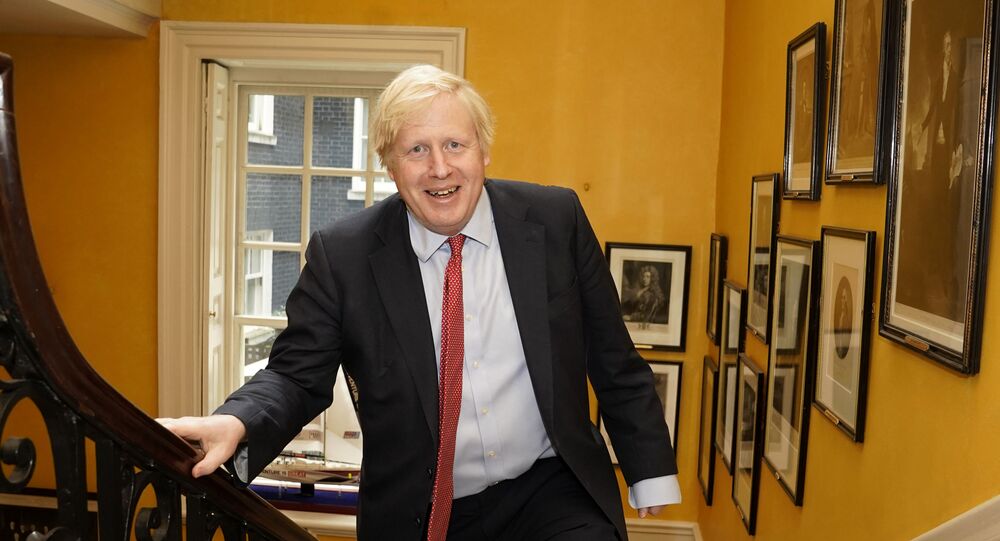 The “rule of six” COVID-19 restriction, which came into force in England on 14 September, stipulates that if people from two households meet but their number exceeds six, they would be breaking the law and have to pay fines.

The Bloomberg news agency has cited unnamed sources as saying that Boris Johnson joked that his “rule of six” restriction would help families escape their in-laws at Christmas as Tory backbenchers challenged the UK prime minister’s strategy to fight a spike in COVID-19 cases in the country.

The sources argued that the gag was one of the multiple jokes that were made by Johnson and that “landed badly with the audience” at Tuesday’s Zoom Q&A gathering of the 1922 Committee, an influential grouping of backbench Conservative lawmakers.

In particular, when asked what he could tell the backbenchers about Christmas, the prime minister reportedly did not think twice before saying that it was “a religious festival that's been celebrated 2020 years”. Speculation is rife that the “rule of six” measure may remain in force until the Christmas festivities, at the earliest.

Johnson’s “rule of six”-related joke came as he is reportedly mulling imposing a so-called "circuit breaker" coronavirus lockdown in England if his three-tier system proves ineffective.

The decision, which may be announced already next week, follows pressure from Labour Party leader Keir Starmer, who has called for “a two to three week circuit break” in the country, insisting that the government's current anti-COVID-19 plan “simply isn't working”.

Starmer’s remarks were preceded by Johnson announcing a new coronavirus lockdown system for England on Monday, putting different regions of the country under separate levels of restrictions depending on outbreak severity.

© AP Photo / Stefan Rousseau
Boris Johnson Admits ‘Second COVID-19 Wave is Coming In’, Says Lockdown is ‘Last Thing Anyone Wants’
The three-tier or "traffic light" policy will be based on rates of infections in certain areas, with tier one expected to include current rules on no gatherings above six and a 10pm closing time for pubs. Tier three will include the strictest measures for the places worst hit by the virus, such as a ban on household mixing and the closure of pubs, bars, and restaurants.

As far as the “rule of six” is concerned, the measure came into force on 14 September and stipulates that two households cannot meet if they make a group greater than six.